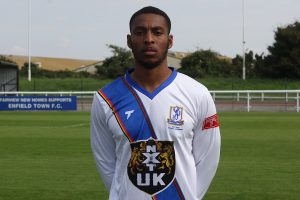 Jon started his career in the youth ranks at Chelsea before joining AFC Bournemouth’s Under 21 squad. He had loan spells at Poole Town, Gosport Borough and Bishop’s Stortford before joining Folkestone Invicta in July 2016. Shortly afterwards he moved to Enfield Town, making 45 appearances, before following manager Bradley Quinton to Braintree Town in the summer of 2017. After playing a key role in the Iron’s 2017-18 promotion campaign, he moved on to Kingstonian in February 2019 before committing to Town.