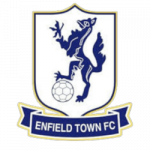 The pain of Enfield Town losing right at the death to Hornchurch in the semifinals of the playoffs will take time to heal.

But as the club looks towards maintaining our competitiveness in time for next season,  there is a huge amount of promise lower down the age scale, writes Andrew Warshaw.

Last week, having already won their regional league in the National League U19 Alliance, the academy side narrowly missed out on the semifinals of the subsequent knockout competition in an attempt to become Champions of Champions.

In their quarterfinal at Chelmsford they so nearly made it through only to lose 5-4 with the last kick of the game.

“The way we lost was really cruel especially as we fought back from 3-1 down,” said Ahmad.  “I’m super proud of the boys after a fantastic season. It shows we’ve got up and coming players in-house, Ross Busunda and George Rankin to name but two.”

Meanwhile, as part of our ongoing relationship, our neighbours Tottenham Hotspur generously provided a dozen members of their under-18 squad recently to assist with much-needed ground maintenance at QEII.

“It was a great gesture by Spurs, with their training ground being in the borough, to help their local community club,” said Town vice-chairman Paul Millington. 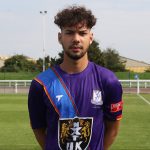 Goalkeeper Adi Connolly (pictured) was our hero, saving three penalties in the shootout after the last-16 tie with Tonbridge finished 1-1.

Both goals came in the second half, the visitors opening the scoring before David Agbon equalised.

The boys, who did brilliantly to win their league to put them into the knockout phase of the competition, now visit Chelmsford in the quarterfinals next week.

“We didn’t play that well but still got the result which says a lot,”  said  manager Ahmed Abdulla. “It’s good for the boys to still have something to play for.” 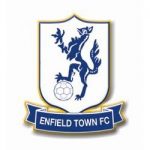 It’s not only our senior team who we should congratulate on a magnificent season.

Our academy side deserves enormous credit for having just won their division of the National League U19 Alliance and will host Tonbridge at 1pm tomorrow (Wednesday) in the first knockout phase in attempt to become Champions of Champions.

Anyone who witnessed our friendly last month against Southend under-23 will have been impressed by a raft of young academy players who were given a chance to mix with the first team.

Several of the lesser-known players produced eye-catching performances all over the pitch which certainly augurs well for the future including fullbacks Monty Clarke and Yahke Solomon, diminutive central midfielder James Bone and substitutes Ross Busunda and George Rankin.

The academy side won Division C, as it’s known, on goal difference from Barking on the final day of the season.  Basunda, who scored  a superb goal in that win over  Southend,  netted 18 times in as many appearances.

Ahmed, who is responsible to academy boss Ian Hart, is convinced some of his kids are good enough to break into the senior team.

“What you saw against Southend was just a glimpse of those who could hold their own in and around the first team,” he said. “It shows we’ve got up and coming players throughout the club. But like the senior team, it’s not about individuals, you need a whole collective team.”

“Incredible as it may sound, we had to win our last five games in seven days to win the title which is unheard of at any level. And we got five clean sheets.”

“The first team having such a good season rubbed off on my boys who wanted some of the same feeling. Lots of the boys go to first-team games and they come back saying how they’d like to do the same.”