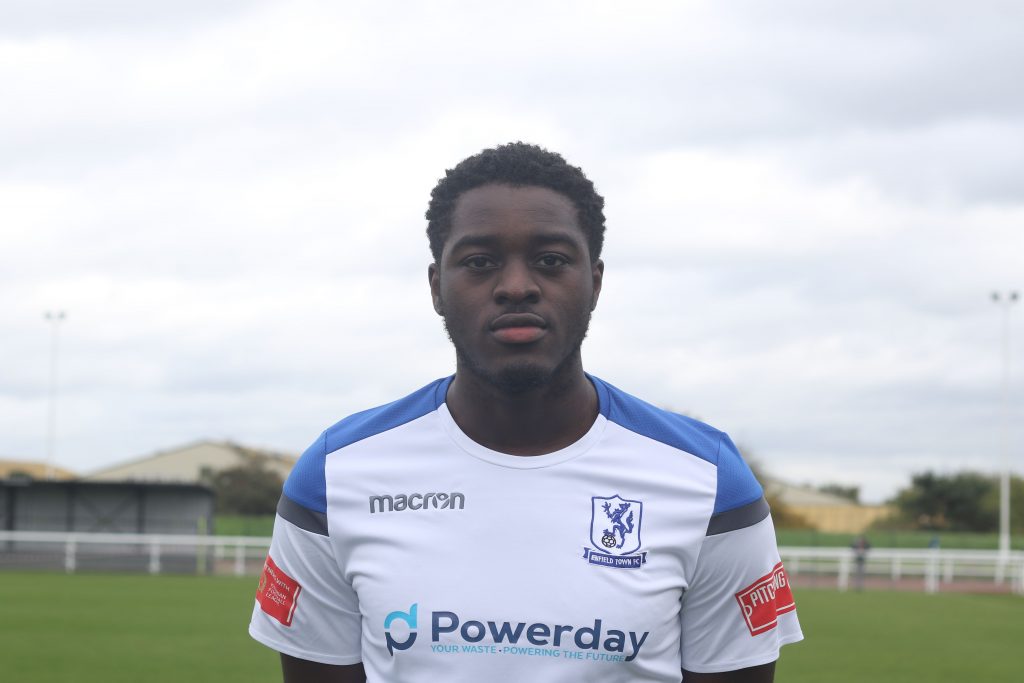 It may not have been pretty but it’s all about the result and there is no doubting the excitement at Town progressing to the third qualifying round of the FA Cup after a hard-fought 2-1 win over plucky opponents Hadley in our 2nd round replay on Tuesday night.

Just as in the first game on Saturday, Hadley played way above their Step 5 status but a mixture of commitment, experience and canny tactics by the management team ensured an eagerly anticipated clash at Conference South Chelmsford on Oct 2.

Whilst we rode our luck at times, especially in a nail-biting last few minutes, every member of the team put in a shift to make sure we were not victims of a giantkilling by the Bricks who were unbeaten in all competitions prior to the game.

With Adam Cunnington injured, Matt Walsh was given the nod up front while Scott Thomas and Lewis Taafe returned to the starting line-up. Key, perhaps, to our victory was switching to three at back in order to nullify Hadley’s strengths and for a large part of the game it worked as we kept our shape and limited them to few clear-cut chances.

With a lucrative tie at Chelmsford at stake, nerves were always going to play a part but we got off to the best possible start. With virtually our first attack of the game, Mo Faal ran on to Taafe’s defence-splitting pass and finished in trademark style, going for placement rather than power.

The goal should have settled us down but after we failed to add to the score – a Taafe effort being blocked on the line — Hadley recovered from the early blow by coming more into the game,  the pacey Solomon Ofori again looking the part though not with same effectiveness as on Saturday.

The hosts finished the first half on the front foot but it was all about clearing our lines at first sign of danger.

With their skipper Paul Wright marshalling things at the back, allied to slick passing in midfield, Hadley continued to pose a threat without creating too much in the final third. That was largely down to us keeping our concentration with such an important prize at stake.

Ten minutes into the second half, the luckless injury-prone Taafe had to be replaced by Sam Youngs but on 74 minutes – ironically the same moment we equalised on Saturday – we doubled our lead. Rian Bray’s long freekick was met by the head of Jerry Gyebi (pictured) though Hadley will feel their keeper should have done more to keep it out.

That should have been that but Hadley were having none of it. Four minutes later, substitute Peter Rosemin took advantage of hesitancy in our box by halving the deficit.

It made for nerve-jangling finale as the hosts missed two golden chances to take the game to extra time. First both Ofori and Luke Alfano, four yards out, agonisingly failed to convert a right-wing cross with the goal at their mercy. Then Alfano somehow missed the target with Nathan McDonald wrong-footed.

Thankfully Town survived and no-one can fault us for determination, aggression and desire – much needed qualities especially in knockout fixtures.

There was also the welcome sight of Billy Bricknell putting on a Towners shirt again for the last 15 minutes after having trained for just half an hour in the past 11 months.

Once fully fit, Billy will surely again be a huge asset to the squad. Conversely, it looks like Josh Urquhart could be out for months rather than weeks with his cruciate ligament injury and all the staff and fans wish him a speedy recovery.