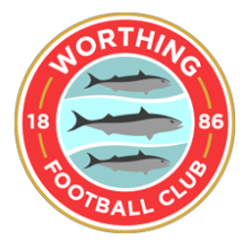 There are big games and then there are gigantic games, writes Andrew Warshaw.

Expectations are reaching fever pitch ahead of tomorrow’s eagerly anticipated showdown with Worthing.

With no professional fixture in north London, we are expecting a bumper crowd for one of the biggest league fixtures in our history: first against second.

Worthing, most pundits’ favourites for automatic promotion, are one point behind us with a game in hand in what is the ultimate six-pointer with the visitors likely to bring between 150 and 200 fans.

The Rebels have won their last five league games, scoring 15 goals in the process. In midweek, 24 hours after we beat Wingate and Finchley, they went to high-fliers Kingstonian and won 4-3 to leagfrog the K’s into second spot.

Two years ago, coronavirus wrecked Worthing’s promotion dream after they were top of the Isthmian Premier League by seven points with eight games to go, only for the season to be declared null and void.

Whilst there is no doubting their all-round ability, especially in attack, we are in great form too and have proved on our day that we can beat anyone.

It promises to be an unforgettable afternoon so don’t miss out.

We are using the Worthing game to highlight hate crime awareness week with volunteers, officials and stewards wearing special  T-shirts as will the players in the warm-up.