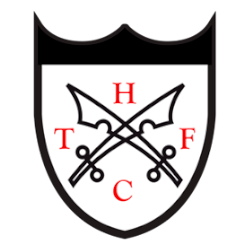 Their playing surface is reported to be excellent but will the anticipated blustery conditions play a part?

Saturday’s FA Trophy second round fixture at Hanwell Town promises to be an eagerly awaited showdown with both teams keen to advance and a possible meeting with one of the National League big boys.

Hanwell may currently be 6th in the Isthmian South Central Division but are widely viewed as considerably better than their Step 4 status, are challenging strongly for promotion and will not be taken lightly.

Their last five results were:

Chichester City Away 0-0 Lost 3-1 on Penalties, Velocity Trophy First Round

No replays in the Trophy this year so if the scores are level after 90 minutes the tie will go straight to penalties.

Earlier this season Hanwell were involved in an amazing League game with Staines Town. Hanwell were 4-0 down after 17 minutes but pulled it back to 4-4 by half time and eventually won 6-5.

More crucial prize money is at stake as well as a place in the 3rd round – unfamiliar territory for both us and Hanwell – and we hope our usual healthy away following will once again spur us on to victory.