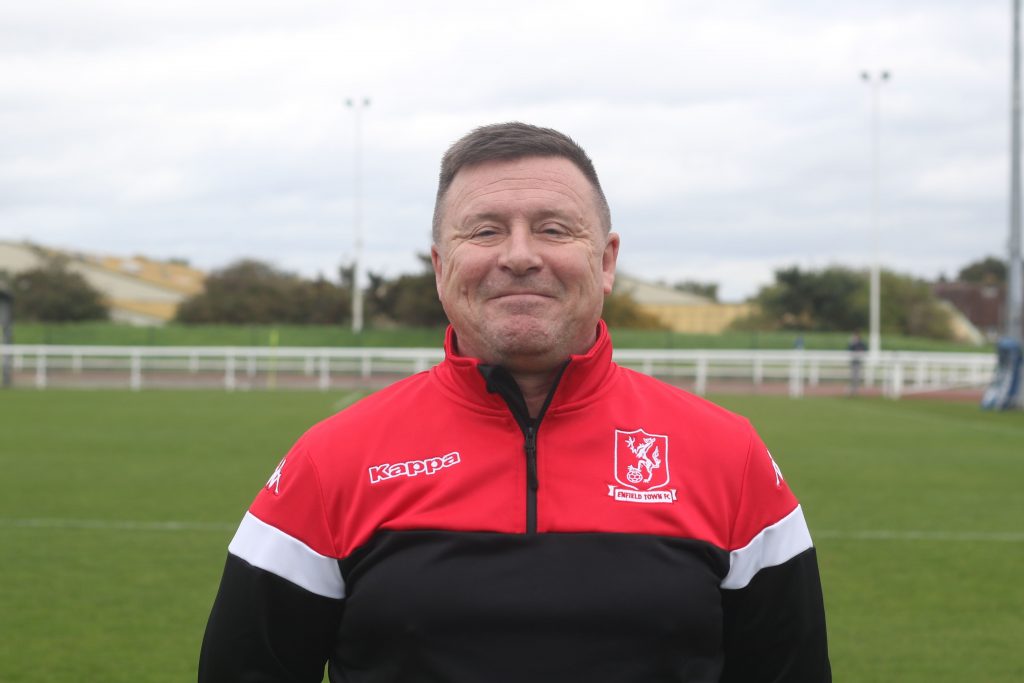 Players come and players go but Andy Leese believes the squad being gathered for the new season will be just as competitive as during the last campaign.

“We’ve lost some players we didn’t really want to lose but it’s that time of the year,” Andy told last week’s  members meeting when giving a frank and honest appraisal of the current situation.

Andy, like the chairman, has spoken several times to Mo Faal in recent weeks but while Mo decides where his future lies with his contract having expired, the focus is on those who back in training and playing pre-season games including new signings Juevan Spencer, Scott Shulton, Marcus Wyllie, James Dayton and Ben Frempah.

“Whilst we are sorry to lose certain players the key is to focus on what you’ve got,” said Andy. “So far, so good. I’m really pleased with the attitude. I of course understand Mo wants to move up a level and try and become a full-time professional. I’ve invited him into training and will try and work my magic again by persuading him he belongs here but you have to respect the guy. He did what he said he would last season with his goals and I’m a bit surprised no-one has taken a chance on him yet.”

Andy made the point that there are goals all over the pitch in terms of the players who have already committed themselves including Adam Cunnington, Sam Youngs, Jake Cass and Lyle Della-Verde.

In response to a question about Andre Coker, who has been out of the game for disciplinary reasons, Andy said Andre was keen to right the wrongs of the past when he becomes available again.

“He’s been very humbled by events and really wants to come back. He’s pretty remorseful and I’ve seen a change in him and am prepared to give him another go,” said Andy.

The manager made a point of praising everyone responsible for maintaining  our pitch during the summer. “The work that’s gone on is first class, nothing short of incredible.”

He also gave an insight into how the state of the pitch determines selection. “There is no way back in February, say, that we could play football from the back. That’s why we played more directly when it suited us. All the players felt the same way.”

Reflecting on our playoff defeat to Hornchurch, Andy believes being shorn of crucial players so late in the day, including Scott Thomas, Lee Chappell and Nathan Smith, affected proceedings

“I’ve done a lot of soul searching and I genuinely thought we were in a winning position. With some extra experience on the pitch  we might have made some different calls.”

But onwards and upwards with the following message to the supporters.

“The support we get wherever we’ve been has been nothing short of fantastic. The players love it and so do I. I always tell the players about us being owned by the supporters and what that means. They all have a stake in us. I remember when we got battered at Eastleigh in the cup. We had a torrid time and were all doing Covid tests  before we even got on the coach. We took a side that was nowhere near full strength but the support  that day sticks in my memory. It’s the sense of belonging.”

And the ambitions for the season? “We want to do at least as well and try and go one better. We’ve got the nucleus of players and are again a top five team. Which of those places we take, I don’t know. We also want to go deep into the cups competitions which brings both prestige and revenue.”

Andy was joined at the meeting by Sam Youngs and Adam Cunnington, both of whom expressed the same sentiments about the fans and the work that has been done on the pitch.

“The increase in fan numbers really helps us a lot,” said Adam. “It’s all set up to realistically go to the next level. There is absolutely no reason why we can’t match last season. That’s why we re-signed, not just so we can have a chat with our mates and be a mid-table side.”

“There are teams who spend a lot more money,” added Sam. “But player for player, every time we go on the pitch we think we can win. We may not necessarily always be favourites on paper but we have kept the core of the team. And the biggest thing we’ve got in our favour  is our togetherness.”