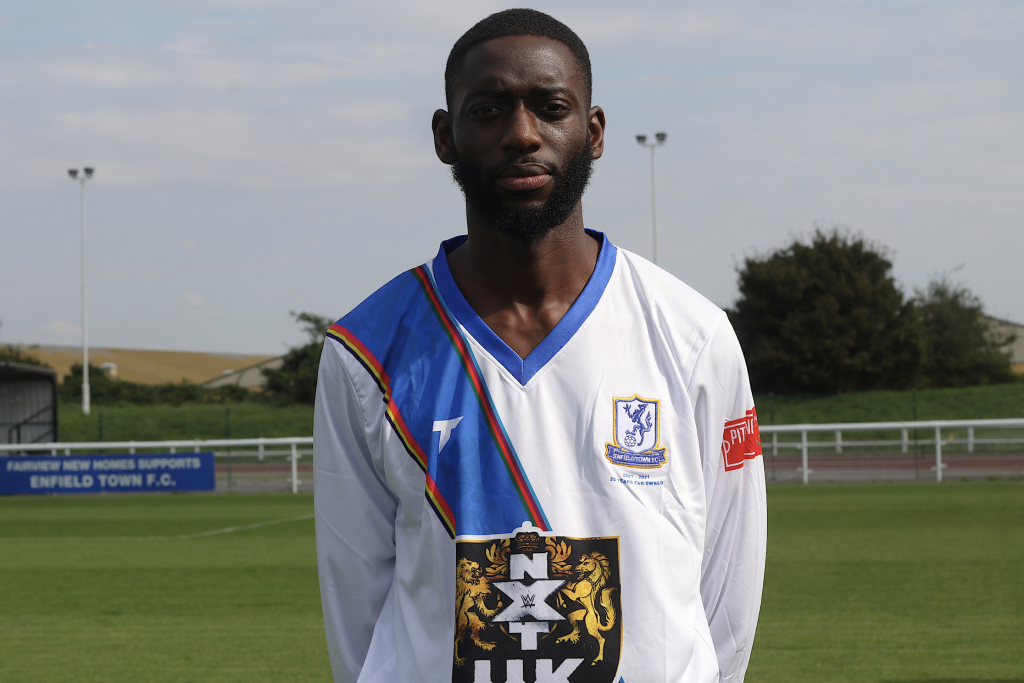 Following lengthy fruitful negotiations, we are delighted to announce that fans’ favourite Mo Faal has signed a contract, tying him to the club until the end of the season – a huge boost in helping us achieve our goal of reaching the playoffs and hopefully promotion, writes Andrew Warshaw

Despite being taken on by two higher-level clubs since his first spell with Town, Mo has always kept in touch and has forged an excellent relationship with the management and board as well as the fans.

Although at the start of the season Mo was unsure of his plans beyond Christmas, he has now decided to commit himself to us for the whole campaign.

“It’s been in the offing but I’m glad to have signed a new deal till end of the season,” said Mo. “The support and confidence shown from the Chairman, Gaffer, Mario, Ian and the staff as a whole has been amazing.

“They give me the love and confidence to do what I do best. It’s been a good start for us and myself personally but I’m excited to win more football games with this group and maximise our potential. We’ve got great togetherness, the club is on the up  and i couldn’t thank our amazing fans enough who’ve supported the team from the start. I’m sure with these group of lads we’ll reach those targets.”

Both manager Andy Leese and chairman Paul Reed summed up what retaining Mo’s services means for the club.

“We’ve had a very encouraging start to the campaign and Mo’s goals have been integral to this,” said Paul. “The deal gives both Mo and the club security for the rest of the season and hope demonstrates the boards commitment to support Andy and the management team build and retain the best possible squad”

Andy commented: “l am equally delighted to secure Mo. He’s been fantastic since he came back to us and loves being part of this club. We have a great working relationship and I’m delighted we have been able to agree a new deal. It has been a few weeks in the making but Mo has kept his head down and continued to deliver on the pitch. Huge credit goes to the chairman and the Board as well for making this happen.”