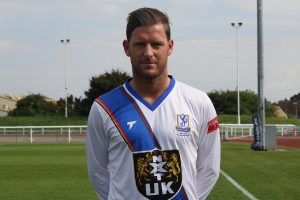 In more recent seasons, following spells at clubs including Barwell, Solihull Moors and Kettering Town, Adam has enjoyed Conference experience at Tamworth and Cambridge United, Ebbsfleet and Bromley. He has also made EFL appearances for Dagenham & Redbridge as well as Cambridge.

He enjoyed the best part of three seasons at Billericay Town, and most recently wore the colours of Hornchurch and Cheshunt. He made his Town debut against Maldon & Tiptree in the FA Trophy in December.