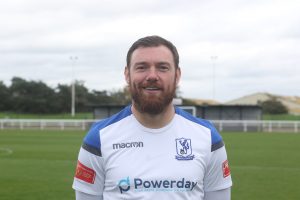 Enfield-born Billy moved from Chelmsford City to Billericay Town in November 2016, having previously had a stint at Dover Athletic. As well as a couple of spells with Billericay, he has also appeared for Leyton, Ebbsfleet United and Maidstone United. He netted his 250th career goal in November 2018 prior to his arrival at the QEII Stadium the following summer.