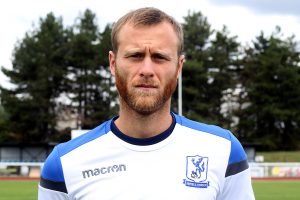 Sam is an experienced player who has represented clubs such as AFC Wimbledon, Aldershot Town, Grimsby Town and Welling United. An England C International, he signed for Town in time to make his competitive debut in a 3-2 win at Folkestone Invicta on the opening day of last season.

Enfield Town FC are looking for talented players to become part of our U18 Teams.