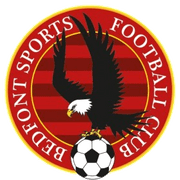 Enfield Town’s penalty curse struck again on Tuesday night as were knocked out of the Middlesex County Cup at the first time of asking by Step 4 Bedfont Sports, losing 4-2 on spotkicks after the game finished 1-1 over 90 minutes, writes Andrew Warshaw

The competition may not have been a priority but it was a disappointing end to a fixture we controlled for all but the last 20 minutes and should have won comfortably.

As expected, we fielded a number of fringe players so that the management team could have a look at those who don’t normally make the first-team squad.

But Bedfont’s team was also a far cry from their regular line-up. In fact it was virtually a youth team and included no fewer than six kids who had to get up for school the following morning, one of whom was their 16-year-old goalkeeper.

After the game, some Towners fans expressed their frustration on social media that it was too great a risk to have taken off our senior players at a time when we only winning 1-0 — and that we should first have made the game safe.

But the counter-argument is that we could  not have afforded any injuries to key members of the squad with so many crucial upcoming fixtures, starting with Saturday’s all-important trip to Biggleswade Town in the FA Trophy.

As for the game itself, we started with very much a mixture of youth and inexperience and bossed the first half in which the increasingly fit Ebramah Sawaneh looked particularly lively.

Matt Walsh, who has been out on loan, led the line whilst the recently signed Luke Cook showed glimpses of what he can do and  Adi Connolly was solid in goal.

Apart from the occasional Bedfont raid, we dominated first-half proceedings, enjoying large swathes of possession and carving out a string of  corners and half-chances.

Cook arguably had the best of them, an overhead kick saved at the second attempt, but Bedfont somehow went in the level at the break

Only our final ball was lacking but it seemed a matter of time before we took the lead.  It duly came on the hour as Bedfont failed to clear a freekick and Nathan Smith lashed the ball home.

After a flurry of substitutions, Bedfont began to look threatening as they  grabbed hold of midfield.  It seemed as if it was too late for the Eagles but with five minutes to go, they equalised courtesy of the unmarked Lewis Pegg’s bullet header from a corner.

And so to the dreaded penalties with Bedfont netting their first four but Cook and Andre Coker, the latter otherwise among our best players on the night, both squandering their kicks to hand our lower-league opponents a place in the next round.