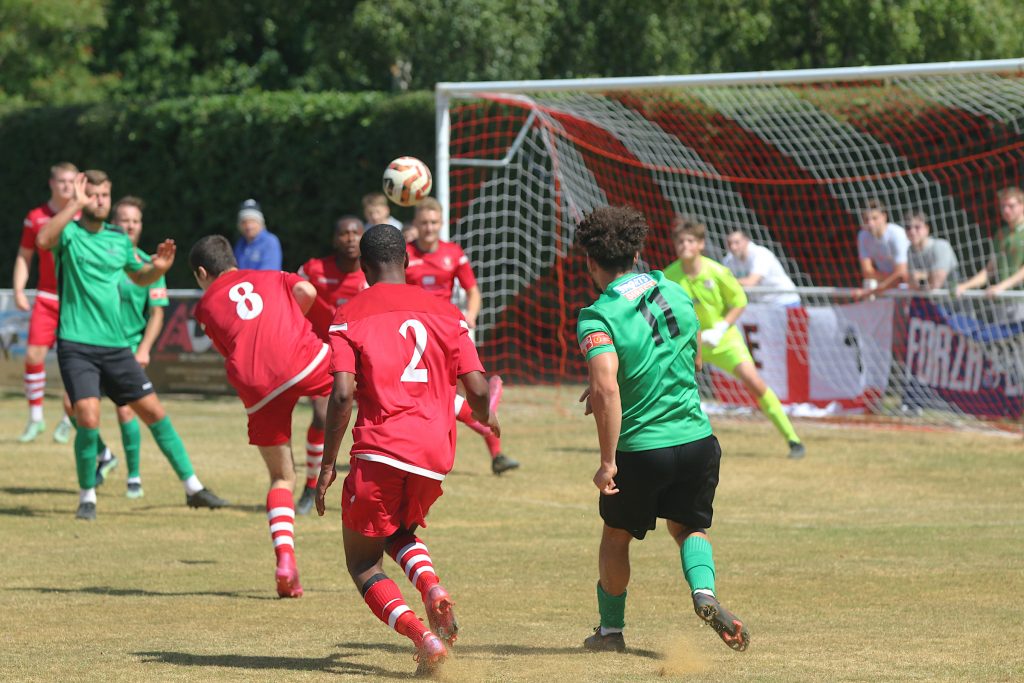 Lyle Della-Verde’s sweet first-half strike (pictured) earned us a 1-0 win over neighbours Cockfosters on Saturday in the first of our pre-season fixtures, writes Andrew Warshaw.

On a glorious afternoon, we fielded a mixture of familiar names, new signings and young triallists as the squad begins to take shape ahead of the new season.

We have only had a couple of training sessions and a number of players were unavailable through either work or social commitments – not unusual at this time of the summer.

But it was a highly useful workout just the same and there were several eye-catching performances, not least from our new rightback Juevan Spencer  who, like many of those selected, played one half as manager Andy Leese rung the changes at halftime to have a look at as many players as he could.

It may have been a narrow victory against our Step 5 opponents on a tricky, sun-scorched pitch but it was more comfortable than the scoreline suggests with plenty of positives to take away ahead of Tuesday’s high-profile home game against a Tottenham Hotspur development squad which is likely to represent a far tougher but eagerly anticipated challenge.