Due to adverse weather conditions, tonight’s showing of A Star Is Born — the final open air cinema event at the club — has had to be regretfully cancelled. All ticket holders will be contacted shortly by event organisers Adventure Cinemas

Due to adverse weather forecast for this evening and into tonight, the first nights Open Cinema Event of Mamma Mia has been cancelled. All ticket holders will be contacted shortly by event organisers Adventure Cinemas

We are delighted to announce a competitive list of pre-season friendlies ahead of an expected Aug 14 start to the 2021-22 season.

Following our prestige July 24 fixture at FC United of Manchester, which is generating national media interest, three days later we take on Borehamwood at home which promises to be a stern test given that they are two divisions higher.

Then on Saturday, July 31, we entertain Hayes and Yeading followed by visit on Aug 3 to Andy Leese’s former club Chesham United.

Finally, one week before the scheduled start of the new campaign, Grays Athletic come to QEII for the FSA Supporters Shield by which time we should have a fair idea of our playing squad for the season.

All kick-off times can be found elsewhere on the website.

Experience your favourite film under the stars in a fantastic location this Summer. Adventure Cinema returns to locations all over the UK with a range of cult classics, family favourites and recent blockbusters. Embark on an evening of escapism and join us for a cinematic open-air adventure.

❗ Book with confidence, 100% money back guarantee should our events not be able to go ahead.
🙋‍♂️  All events will follow government guidelines and be laid out in a socially spacious way.

🍕  Hot food and a fully stocked bar will be available on-site.

👪  Under 16s must be accompanied by an adult.

🌤️ The British weather won’t stop us from going ahead – so please come prepared for rain or shine!

💺 No seating provided unless you have VIP tickets. Blankets and camping chairs are allowed.

🍿 Picnics welcome but NO glass.

For the May 21-23 cinema nights at QEII, book tickets here: https://www.adventurecinema.co.uk/venues/enfield-town-fc

Dear Member,
we’ve had a horrible year with Covid19, which has seen our club’s survival at the mercy of Government Grants and the overwhelming generosity of supporters donating last year’s season ticket purchases to our cause. Without either we’d be looking at a very different financial scenario ahead on our return in July.

Last year saw the power Fan Ownership had when our Crowdfunding Appeal over achieved and paid for replacement floodlights and enabled us to purchase a new coolant system as well, both extremely vital for us to operate.

This year we have a number of projects which are costly and again needs Supporters input to enable us a stronger financial standing when our Stadium doors open up once again.

We’re looking to raise between £4,000 and £5,000 to meet the costs of the following items which in turn will help generate further income for our Club in what is going to be a financial season of the unknown.

1- Fitting out our newly purchased Marquee
We need to kit out the new marquee for use on match days and this would include things like lighting, and beer pumps to improve options. We hope the marquee will expand our bar capacity further and enable supporters to comfortably enjoy their day at the QE Stadium in all weathers whilst we all adjust to the Coronavirus risk assessments until things return to normality.

3- A new large flag to Commemorate our 20th Anniversary
The current large match day flag has served us well since you the supporters purchased it in 2013 and will continue to serve us for many years to come.
Many supporters have suggested it’s time for a new one to commemorate our 20th Anniversary.
The Ultras have already agreed on a design and feel the new flag will, like the current flag, also become a major focal point for supporters and new visitors to have pictures with at the Stadium.

4- Club Shop Fittings
In case you’re unaware, we’ve now got a 3rd Portable Cabin on site as you walk in from the Turnstiles. The board managed to secure the cabin from local company Fairview Homes.
Thanks to the hard work of Mark Thompson and his son George (Cameraman) the cabin is secured and also fully powered up.
The intention is to use the cabin as a Walk-in Club shop enabling supporters and visitors to have a better view of items on sale as well as other potential goods for sale.
However we would like to install the customary and similar Shop Fixture and Fittings we are accustomed to when visiting shops on the high street.

5- Additional outdoor seating – wooden pub bench/tables
To meet our outdoor bar requirements. We feel we could do with more for supporters comfort and enjoyment, it will also lessen the burden on our volunteers bringing masses of chairs/tables to and from Butlers Bar, especially if the lifts broken down as well.

6- FC United Trip
Lastly, I’m sure you’re all aware that we’ve confirmed our agreement for a return fixture with fellow Fan Owned club FC United of Manchester following their visit to the QE Stadium in July 2019.
We would like to take as many supporters as possible to the game and funds raised would help subsidise the cost of the trip

Therefore we are putting out an appeal for a ‘2021 Supporters Whip’ to meet all the needs we have listed above or to meet as many of them as possible.
No sum donated is too small i.e £20×350 members and we’ll comfortably meet and exceed our aims, £10×350 members will achieve the majority of the listed requirements.
Whether it a £5 or £100 donation it all adds up, as we saw with our very successful Crowdfunding Appeal last year.

Donations can be given conveniently online via the Club Shop https://shop.etfc.london/product/donation

Once again on behalf of the board we’d like to Thank everyone of you for the continued support and secondly proving you can’t beat A Community Fan Owned Club when it calls out for some help. 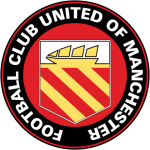 As excitement builds towards what we hope will be the first uninterrupted campaign in three seasons, we are delighted to announce a landmark pre-season friendly on July 24 against FC United of Manchester for the Supporters Direct Trophy, otherwise known as the Brian Lomax Trophy.

We will be running a coach to the game at FCUM with details to follow. Entrance will be pay on the gate and prices are Adults £9, Concessions £5, U18’s £2, U5’s Free. Our hosts will be providing a widespread choice of food and beverages on the day.

Like us, FCUM are a fan-owned club and also play in Step 3, in their case the Northern Premier League. They famously set themselves up to protest against the take-over of Manchester United by the Glazer family. In 2019-20, they were lying in 2nd place and were play-off bound before the first pandemic-induced  curtailment. In the ever so shortlived 20-21 season, they were 13th when that campaign was halted too.

The core of their squad has been retained and the club, with their fantastic support base, are now fully focussed on a promotion push in 21/22.

Looking forward to the game, Towners chairman Paul Reed commented: “I’m delighted that we have been able to organise another fixture with FCUM, this being our 20th year.”

“It’s great that we can mark the occasion with another incredible fan-owned club. The game at our own QE stadium two years ago was a brilliant night with good football coupled with fantastic camaraderie amongst supporters and I’m sure this fixture will equally as good.”

“Just as importantly is that chance to play for the Brian Lomax trophy. Brian was an incredible inspiration in the formation of our club and encouraged, guided and supported us and many other clubs through our early months and years. It’s a great honour to be able to play for a cup in his name.”

In welcoming Enfield Town FC, chair of the Board of FC United, Adrian Seddon, also expressed his enthusiasm towards this celebration of fan-owned football, saying: “After two Covid-hit seasons, our trip down to Enfield seems like a lifetime ago but our supporters won’t have forgotten the warm reception we received and we are delighted to finally get the opportunity to welcome them to Broadhurst Park.”

“It is particularly pleasing that this match – highlighting the 20th anniversary of Enfield, an inspiration for all of us who followed after they became the first fan-owned club in England – will be played for the Brian Lomax/Supporters Direct Trophy.

“After all football’s issues over the last couple of weeks we are very proud to be announcing what will be a real celebration of fan ownership and friendship with a club that blazed the trail for ourselves and others to follow.” 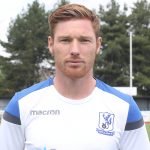 As you may have read, club captain Marc Weatherstone is leaving us to take up the managerial position at our local rivals, Wingate and Finchley.

Marc has been a loyal servant since joining us in December, 2018, and while we are sorry to see him go, we wish him all the luck at Wingate, one of his previous clubs with whom he has a special affinity having broken their club appearance record before he moved the short distance to play for us.

In all, Weathers made 65 appearances for the Towners and we are sure he will rise to the challenge in what is his first managerial position. Just not against us, please!

All the best Weathers