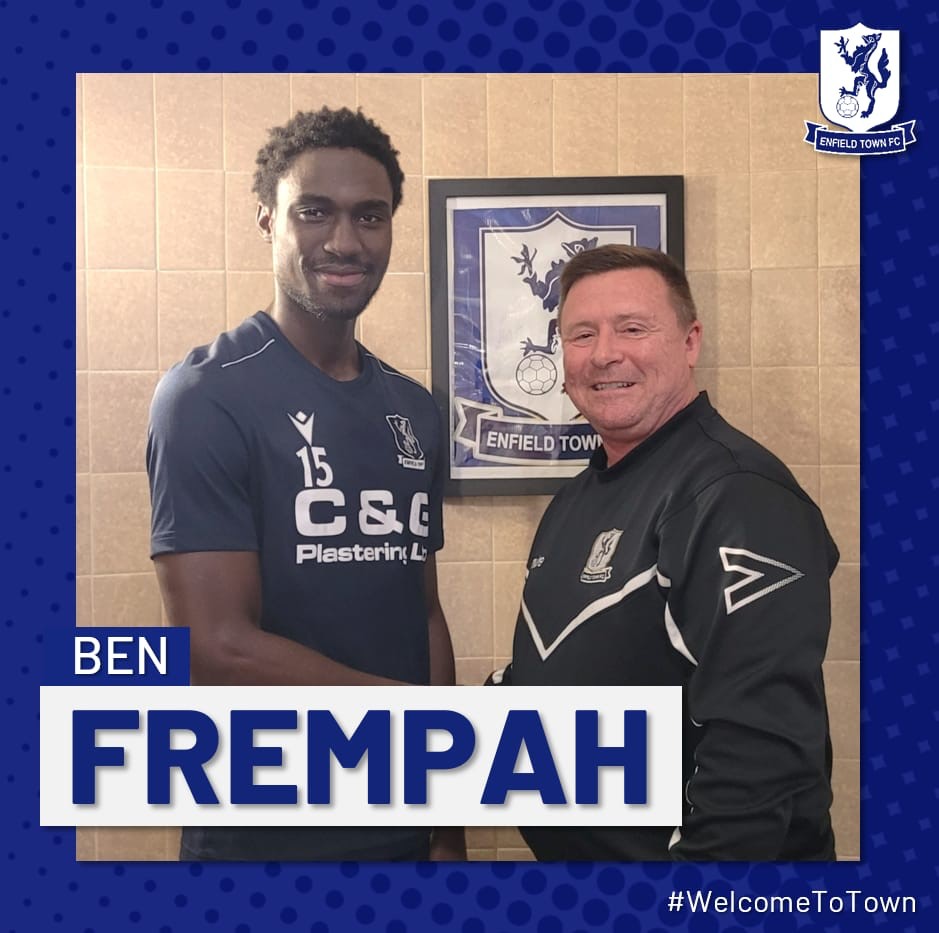 Quality centre halves are hard to come by so we are delighted to have signed Ben Frempah from Hayes & Yeading United.

Italian-born Ben, a 27-year-old ex-professional,  was virtually ever-present in the United side which finished runners up in the Southern South Premier last season before falling to defeat in the Play-Off Final against Farnborough, just failing to gain promotion to Step 2.

Early on in his career Ben jumped seven tiers to join Leicester City and made his professional debut with Ross County north of the border.

Other clubs he has played for include Hendon, Guiseley and Solihull Moors before getting another professional chance with Wycombe Wanderers. He has also turned out  briefly for Wingate & Finchley.

“He fits the profile of what I think we need,” said Towners manager Andy Leese. “I think we’re quite fortunate to get him to be honest. He had some other options but I managed to convince him this was the place to play his football.”