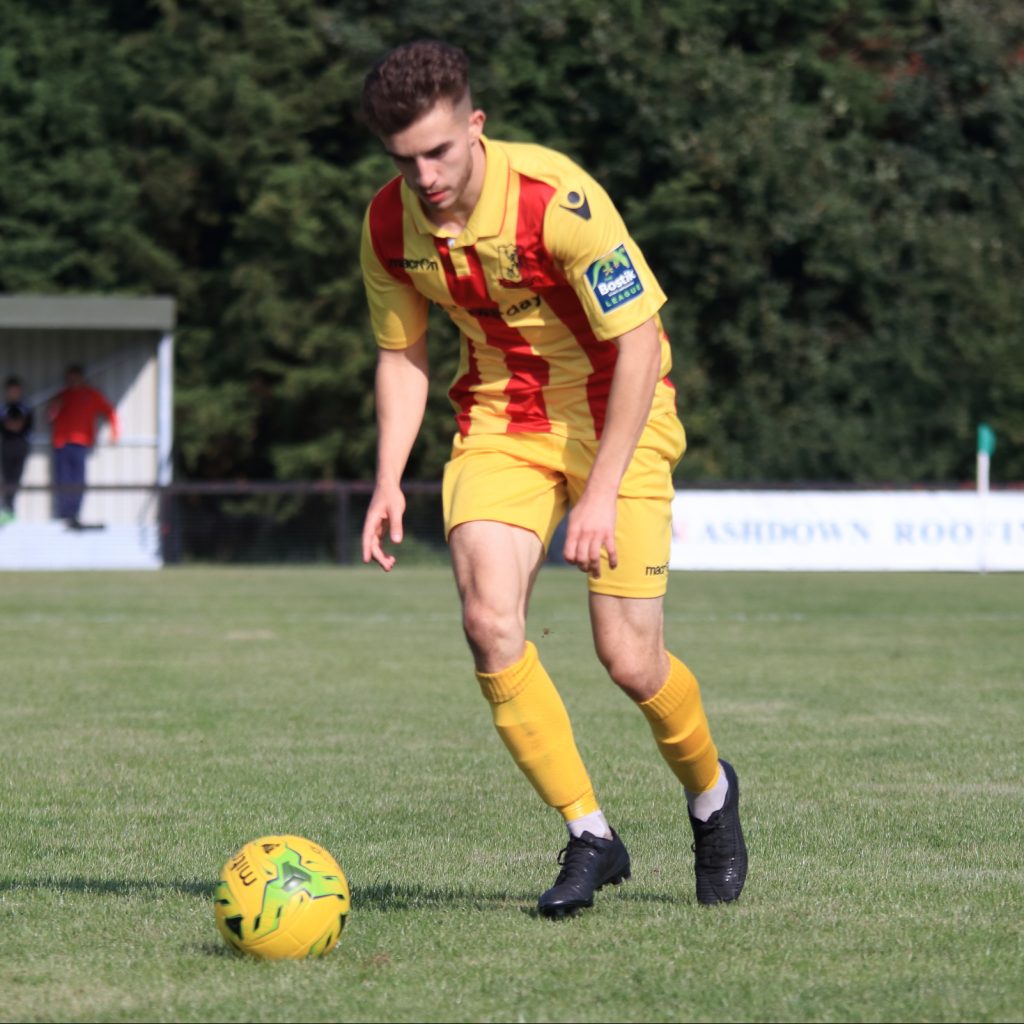 We are very pleased to announce the signing of Bilal Sayoud, who has returned for a second spell in a Town shirt.

Forward Bilal began his career through the Nike Academy before moving on to Coventry City. Since then, he spent time with us at Enfield Town, as well as Hendon and Met Police before joining Wingate & Finchley in December 2019. He swapped Wingate for Potters Bar in December 2021, and has now re-joined Town for the final push to the end of the season.

Manager Andy Leese added: “We have moved to bring Bilal back to the club. We have one or two issues in the squad looming next month and signing Bilal again will help us.

He’s matured since he was here last, both his physicality and his all round game. He’s added goals to his game as well and is more versatile as he showed when he played against us this season.

I’m sure you’ll welcome him back as he’s goes in to the squad tomorrow night.”