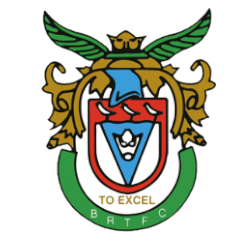 It’s been an thoroughly absorbing league campaign and on Saturday it concludes with our home game against Bognor Regis – just days before our eagerly awaited playoff with Hornchurch.

Back in December we drew 2-2 at Bognor, Mo Faal putting us two up in the opening 15 minutes before Nathan Odokonyero reduced the areas before halftime.

We then came under sustained pressure in the second half, particularly after Manny Maja was sent off for a second yellow card offence, and Bognor finally levelled the scores three minutes from time through Jordy Mongoy.

Mo nearly won the game for us with a chance in the last minute but on balance 2-2 was a fair result.

Bognor have been in good form of late but will have been disappointed not to have made the playoffs along with the likes of Lewes and Folkestone. On Monday they ended Lewes’ playoff ambitions with a 1-0 home win courtesy of a goal from Dan Gifford.

We are expecting another big crowd for our last home league fixture, you can book your tickets in advance using the link below.

If we can better Hornchurch’s result at home to Wingate and Finchley, we will be at home in the playoffs. Otherwise the mouth-watering semifinal will be at Hornchurch on Wednesday night. All to play for still.