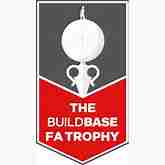 We have been drawn away at Eastleigh, two divisions higher, in the third round of the FA Trophy – a huge task but one the players and management team will relish.

Eastleigh, close to Southampton, are currently mid-table in the National League having lost just once at home and will be massive favourites to advance.

They have won their last two league games, including against Notts County, and have the luxury of just one scheduled fixture to get everyone fit between now and meeting us on Dec 18.

But the fact that Folkestone took them to a replay in the FA Cup, and then only lost in extra time, is proof it it were ever needed that cup-ties can be great levellers.

Many of us remember how close we took Maidstone in the FA Cup a few years ago and this is another chance to pit our wits against full-time players and try to cause an upset.

Gate money on the day is shared and with the excitement already mounting travel details will be announced shortly.