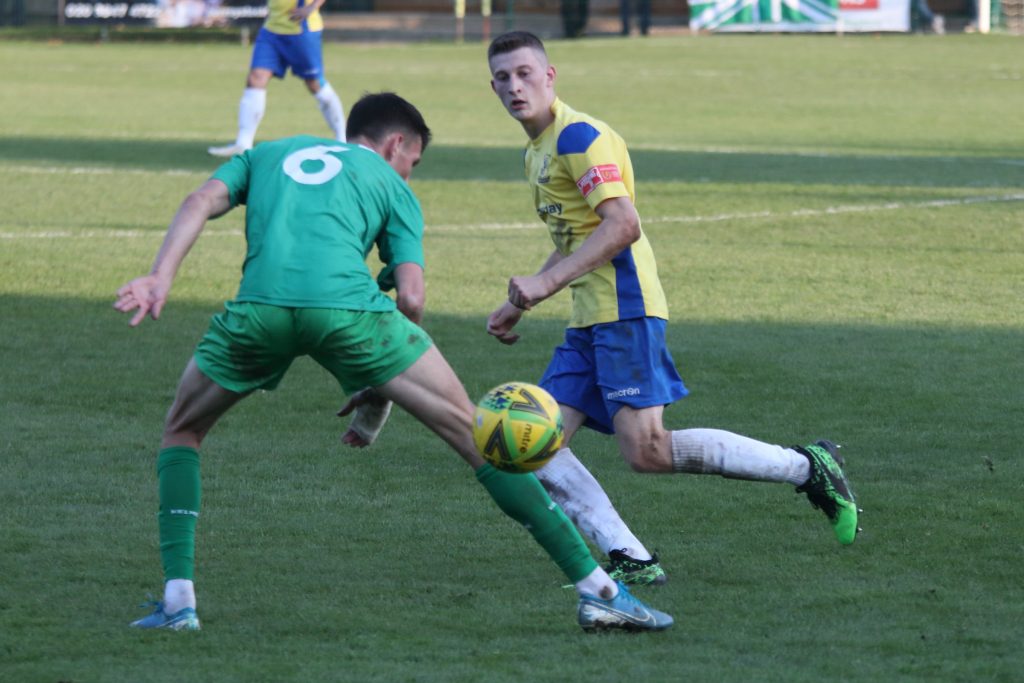 Enfield Town cemented their strong start to the Isthmian League season as they recorded a comfortable 3-0 win over Leatherhead at Fetcham Grove on Saturday afternoon.

Seeking to continue the momentum and purpose with which Town had beaten leaders Kingstonian on Tuesday evening, Andy Leese named an unchanged eleven to start the match in Surrey and was rewarded with a highly professional display which arguably ought to have yielded more than three goals.

The visitors enjoyed the lion’s share of the play and came quickest out of the blocks, finding some early joy down the channels as Lyle Della-Verde and Andre Coker latched onto a series of through balls and looked to combine out wide. With 12 minutes gone, they were handed a golden opportunity from the spot as Ryan Kirwan overlapped along the left flank, cut inside and was hauled down in the area. Mo Faal stepped up, but following a lengthy run-up placed his penalty wide of the target.

Not that that much deterred Town – or Faal – as the away side continued to press, winning practically every duel and second ball before a green shirt could. A long-ranger from Manny Maja-Awesu was blocked, before Nathan Smith headed over from a free-kick. Just shy of the half-hour mark, Town were awarded another penalty following a carbon copy incident: Kirwan racing into the area before being tripped. Faal again took responsibility but this time made no mistake, slotting beyond the reach of the diving goalkeeper for his sixth league goal of the campaign.

Ten minutes later and the away side doubled their lead, Percy Kiangebeni controlling a cross on the edge of the area before lashing into the bottom-left corner; his second in as many games for Town. Leatherhead very rarely troubled Nathan McDonald in the Town goal and a Craig McGee snapshot flew harmlessly wide just before half-time.

The second half was very much as the first had ended, as Town enjoyed the majority of the ball, and carved out far more – and far better – chances than their hosts. In truth, a number of fouls disrupted any flow at the beginning of the second period, with the referee having issued warnings to both sets of players and management staff after a series of flare-ups.

It wasn’t long before the away side found their flow again, Jeremiah Gyebi glancing a header across goal from a corner. Just before the hour, a cleverly-disguised free-kick almost paid dividends as Coker went short to Della-Verde, whose square ball was met by Nathan Smith but blocked on the goal-line before Coker’s follow-up whistled narrowly over the bar. Enfield were seizing upon every moment of Leatherhead hesitation, with every clearance coming back for Town’s attackers to chase; Faal played through on goal but denied a brace by a good low stop from Tanners goalie Myles Bowman.

With a quarter of an hour remaining, Faal was withdrawn for Adam Cunnington; the substitute applying the gloss to a very satisfying afternoon on 83 minutes by notching his first goal for Enfield Town, nodding home Kirwan’s pinpoint left-wing cross and sparking jubilant celebrations from players, fans and management alike.