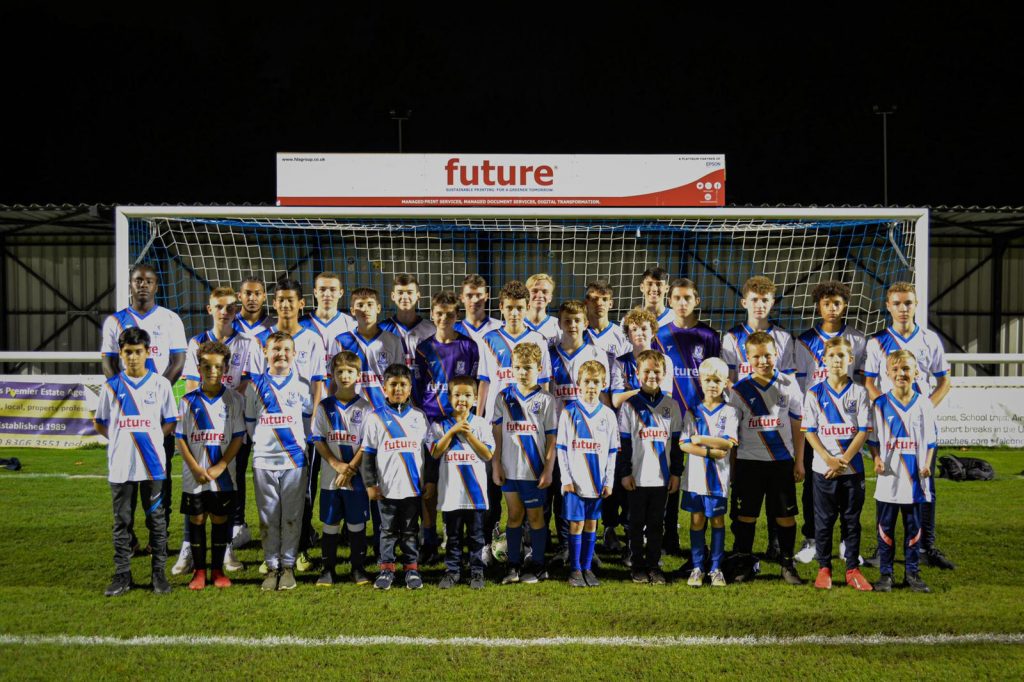 Anyone who witnessed last Friday’s official launch of our new youth section shirt sponsorship could not have been more impressed by the level of enthusiasm or by the generosity of Future.

Scores of families attended what can only be described as a hugely successful evening, made even more so by the help of Tottenham Hotspur who kindly agreed to send four of their under-23 side, two of them from the borough of Enfield, to support us on the night.

The evening, split into three different age groups, included a kick Up Challenge, penalty shootout, crossbar challenge and raffle, the proceeds of which went to the Pink Ribbon Foundation for Breast Cancer Awareness month.

The sight of so many youngsters on the pitch was a reminder of just how important this part of our club is in terms of building relationships with the local community.

Michael Butcher, Future’s director of business development, made a heartwarming speech in which he highlighted the environmentally friendly nature of the Hoddesdon-based printing company in terms of sustainability.

Any new business generated on the back of the three-year sponsorship deal will result in a further £250 being generously donated to the club.

Asked why his company chose Enfield Town, Michael revealed that rivals Cheshunt were also considered but that ultimately we were a better fit.

“With Cheshunt they were more of a commercial operation with a business mentality whereas the fan-owned aspect of Enfield was something that struck a chord with us,” said Michael. “We’ve always wanted to get involved with a local football team and Enfield Town were the perfect partnership.”

“Having Future involved is a huge deal,” said John Doyle, the head of our youth section. “It gives us the opportunity to grow as well as try to bridge the gap between youth football the senior set-up. I think Future were impressed by our community approach and how we want to give everyone a chance. We’ve never been close to receiving this kind of sponsorship. They want to be more than just a name on the shirt. They want to be part of the club.”