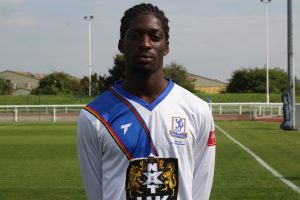 24-year-old forward Andre joined Enfield Town at the start of the 21-22 league campaign, scoring seven times and assisting six in all competitions during his debut season. Though primarily a winger or inside forward, he can play anywhere along the forward line and occasionally deeper as a wide midfielder or wing-back. He has previously turned out for Kingstonian, Maidstone United, Cray Wanderers and Bromley.