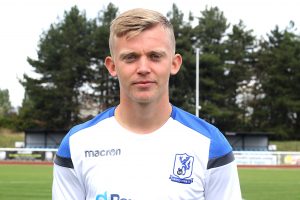 Joe returned to Donkey Lane in September 2022, having previously had spells with Potters Bar Town, Concord Rangers, Grays Athletic and Wealdstone. He originally joined Enfield Town from Barnet on loan in March 2019, where he had been since 2010 having graduated through the youth set-up to sign a professional contract at The Hive. He made his first team debut for the Bees shortly afterwards against Peterborough United in the Checkatrade Trophy in November 2016. Primarily a left-back who can also play centrally, he scored on his Town debut in a 3-1 win at Whitehawk, before penning a permanent deal in the 2019-20 off-season.