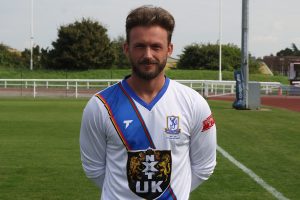 Formerly with Hemel Hempstead Town, Chesham United, Boreham Wood and St Albans City, Scott made the short move from Boreham Wood, where he had won promotion to the National League, to St Albans in August 2015. He was subsequently on a dual registration arrangement with Royston Town for a spell and featured in the Crows team that overcame Town 2-0 in the FA Trophy in October 2017. He also featured as a defender during his St Albans days. He was named club captain ahead of the 21/22 campaign.