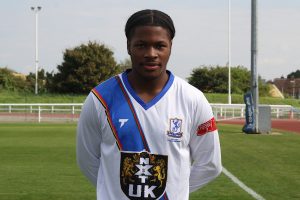 Manny signed on at the start of the 2021/22 season, joining from Welling United. A ball-playing central midfielder, he began his career at ninth-tier Croydon FC, where his performances earned him a trial with Manchester City’s Under-18s, before he joined The Wings at the beginning of last season.