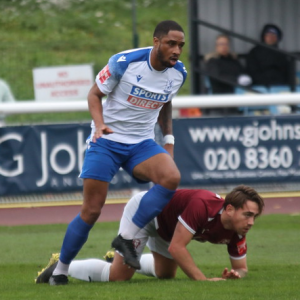 A Portuguese-born central midfielder, Hamilton signed on at the QEII Stadium in October 2022, having last featured for Herne Bay – where he had played a part in their Isthmian South East play-off success during the 2021-22 season. He has also previously represented Corinthian-Casuals, Walton Casuals, and Sutton Common Rovers.