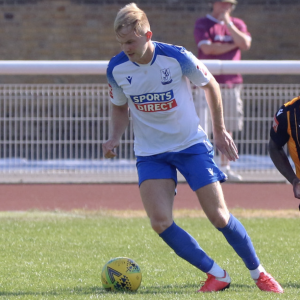 Central defender James joined Town ahead of the 2022-23 season. The 27-year-old had been skipper at Merstham for the last three seasons and was previously at Burgess Hill Town, where he was voted their Player of the Season in 2017. He’s also had stints with Carshalton, Kingstonian, Hampton & Richmond Borough, and Leatherhead.