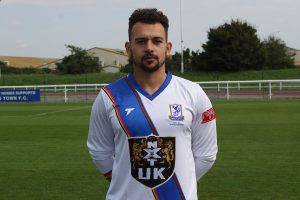 Lyle is in his second spell with the Towners after first signing from Hayes & Yeading United, making his debut – and scoring – in a 5-3 win against Haringey Borough in December 2019. He started out with Tottenham Hotspur as a youth before moving on to Southend United and Fulham, where he signed his first professional contract aged 17. After a loan spell at Bristol Rovers, he subsequently signed for Fleetwood Town and then Crawley Town before moving into non-league football with Braintree Town, Concord Rangers, Dartford and most recently Welling United.