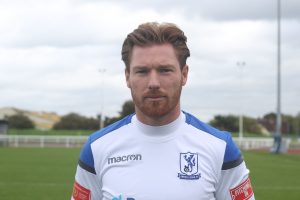 A December 2018 arrival, Marc had joined Dulwich Hamlet in the summer of 2016 after nine years and over 400 appearances for Wingate & Finchley, where he had been club captain. He started his career as a youngster at West Ham United and then had spells at Barnet, Luton Town and Dagenham & Redbridge prior to joining Wingate. After helping Hamlet to promotion in May 2018, he returned to Summers Lane to break the W&F appearances record when he turned out for the club for the 452nd time at Potters Bar Town the following November.