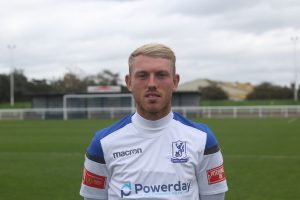 Ryan signed for Witham Town in August 2014, having been spotted playing for Tilbury as a teenager. He moved on to Waltham Abbey, where he became captain and then joined Canvey Island, also as skipper, in November 2016. He had also had experience at Biggleswade Town prior to his move to QEII in June 2017 and has now made over 100 appearances for the club.