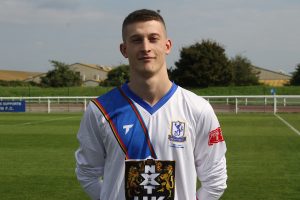 Defender Ryan joined the Towners last season, quickly establishing himself both in the side, and as a fans’ favourite, with his energetic performances from the left. Deployed primarily as a left-back or left wing-back, he’s also capable of playing in midfield or as a centre-half, and previously turned out for North Greenford United.