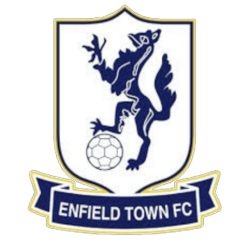 A specially arranged friendly designed to give precious game time to those who have not been selected in recent matches ended with an impressive 2-1 over tenacious and skillful opponents on Tuesday night.

The management team put out a mixture of experienced first-teamers and academy players in what was an extremely useful exercise as we approach an eagerly anticipated run-in to the league season and then, almost certainly, the playoffs.

Several of the lesser known players produced eye-catching performances all over the pitch which certainly augurs well for the future including fullbacks Monty Clarke and Yahke Solomon, diminutive central midfielder James Bone and substitutes Ross Busunda and George Rankin.

As he gets back to full fitness, Jake Cass was among the senior players who started and had an early chance, producing a decent save from the visiting keeper as Southend tried and failed to play offside.

Many of their players may have been under-18 but Southend, two divisions higher than us, were a highly drilled unit and almost went in front when Jack Wood’s freekick came back off our bar.

Wood broke the deadlock on 53 minutes but within six minutes we were on level terms as Cass’ flick found Busanda who finished with aplomb.

The game was won on 62 minutes when Cass rifled the ball home from the edge of box and while all wins build confidence, this was mainly about players getting fit as well as trying to impress the management staff.

“Tonight was a great workout for us and thanks to Southend FC for coming and making it a very competitive game,” said Andy Leese.

“We were able to give first-team players some much needed match time and were also able to look at some as some of the young players who have been showing promise.”

We should also congratulate Andy on his award as manager of the month for March for our division, a thoroughly deserved achievement after six wins on the bounce that have put us to within touching distance of the play-offs.