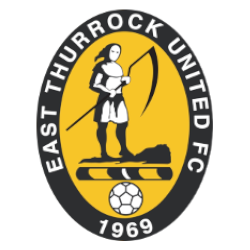 A must-win game lies ahead for The Towners against East Thurrock tomorrow afternoon following setbacks in our last three games and all our female fans will have free entry.

The gesture is being made to mark International Women’s Day which officially falls on March 8.

We look forward to welcoming as many regular and/or first-time visiting women and girls to our Borough’s iconic Queen Elizabeth II Stadium.

Kickoff is at the usual time of 3pm and weather permitting there will be a display by Empire Cheerleading Academy beforehand and again at halftime while representatives of our women’s and girls teams will be assisting with a number of match-day tasks.

East Thurrock are in a desperate battle to avoid relegation and are currently 21st in the table seven points from safety.

Back in October we won 8-0 at Rookery Hill , with four goals from Muhammadu Faal, two from Lyle Della-Verde, and one each from Adam Cunnington, and Nathan Smith.

However, this will be no formality. Last Saturday East Thurrock beat Carshalton Athletic 1-0 and on Tuesday caused Folkestone a few problems before going down 1-3.