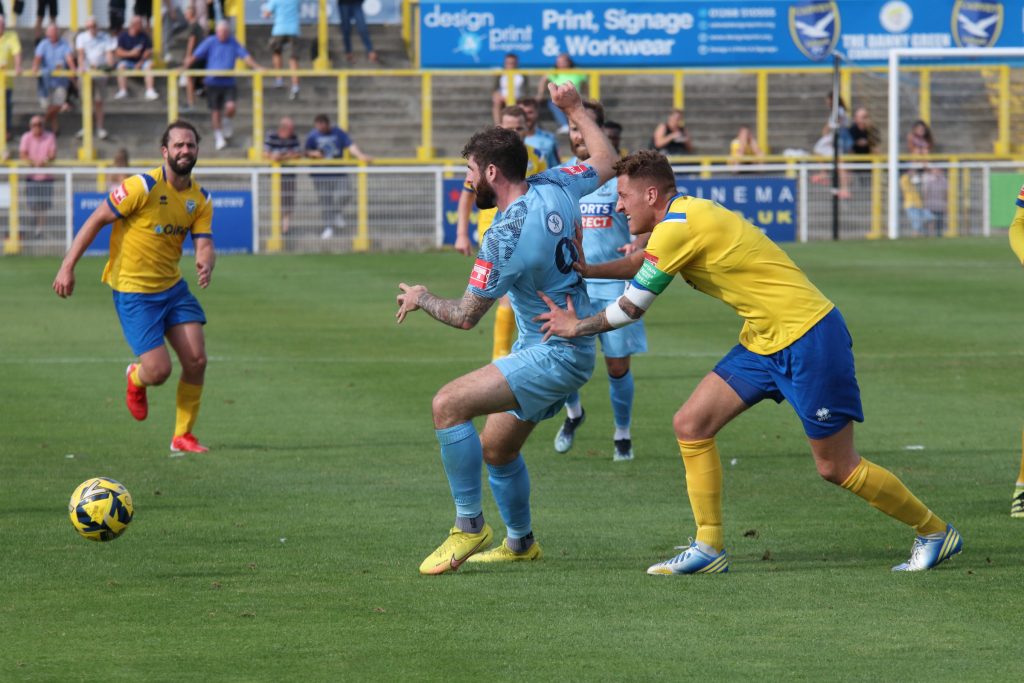 Enfield Town’s FA Cup campaign lasted for only 90 painful minutes as they were dumped out of the competition in the first qualifying round.

Town were strangely lifeless for much of the game, only succeeding in competing meaningfully in the final half hour.

Ex-Towner Evans Kouassi enjoyed himself more than most, bagging a hat-trick against his former employers.

With Marcus Wyllie replacing Adam Cunnington in the only change from last Monday’s loss at Potters Bar, Town were forced onto the back foot from the opening salvo.

Four minutes later it was 2-0 when Parish ran onto Reiss Chandler’s long ball as Town’s defence failed to react.

As the half progressed, Canvey continued to find vast amounts of space on both flanks while Town struggled to get a foothold in the game.

We did manage a couple of shots on target, with both Lyle Della Verde and the industrious Wyllie having efforts well saved by Rhys Byrne in the home goal.

Two minutes before half time, however, the game was over as a contest when Canvey added a third, Jamie Salmon flicking in a near post header from a left-wing freekick.

Town made two substitutions at half time, but things did not get any better, Kouassi adding a fourth after 50 minutes. Two minutes later, Conor Hubble rolled a shot against McDonald’s left-hand post, leaving the disbelieving travelling support fearful of the eventual final score.

Town succeeded in mustering a few attacks, with Wyllie having another shot saved by Byrne, and Jake Cass having a header tipped over from Bilal Sayoud’s free kick.

After 70 minutes though, Kouassi completed his hat trick with a rebound from McDonald’s parry to compound Town’s misery.

Unforunately even the goal carried a sting in the tail for Town, as Cass collided with Byrne and had to be helped off in obvious pain from what looked like a knee injury.

With Town down to ten men having made their subs, Canvey promptly replaced both their strikers, and the remainder of the game was largely uneventful.

Not a lot of positives to be gained here. Truly a dreadful day to be a Town supporter.