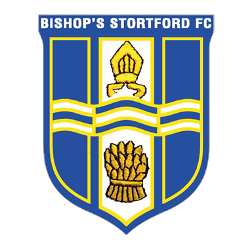 The battle between two teams with month-long unbeaten league runs unfortunately ended in defeat for Enfield Town on Tuesday as a  last-gasp 96th minute Johnville Renee winner saw the home side take all three points.

It was a hugely disappointing way for Town’s record to end, particularly after we had fought back to equalise in the 87th minute.

Further bad news came our way as both Worthing and Folkestone won their games, although we remain in second place by the narrowest of goal difference margins. Manny Maja, meanwhile, will be ruled out of the Hornchurch game through suspension having picked up his fifth caution of the season.

An unchanged Town team began brightly, with Lyle Della Verde prominent on the right wing. His clever free kick after eight minutes was well saved by Jack Giddens in the home goal with Mo Faal unable to convert the rebound.

Two minutes later Della Verde’s low cross fizzed across the goalmouth about a foot out of Lewis Taaffe’s reach. The home side, in the meantime, were buzzing around purposefully in midfield without causing Nathan McDonald too many hair-raising moments, although Ryan Charles did hit the outside of the post from a deep cross from the right.

Town continued to create the better chances with Della Verde cutting in from the right and having a shot saved on 34 minutes and just before halftime a typical Faal gallop from the halfway line ended with Town’s top scorer shooting wide.

If the first half was fairly even, then the home side definitely upped their game after the break.  Stortford began to enjoy greater possession in midfield, with Town’s passing going astray on numerous occasions.

Anthony Church had a shot well blocked by Harold Joseph, before the splendidly-named Jonny Giles whizzed down the right wing past two defenders only to see his shot blocked for a corner.

Although McDonald’s goal was not directly threatened on too many occasions, the balance of play had definitely shifted in favour of the hosts.

Finally, on 81 minutes the game exploded into life.  A Town handball gave the home side a penalty, which was duly belted in by Jake Cass.

Town’s response was a triple substitution, introducing Nathan Smith, Luke Cook and Lee Chappell into the fray, and it quickly paid dividends.

To their credit, Town now went for the win, and almost got it when Faal broke down the right and passed to Della Verde who unfortunately shot straight at Giddens.

What happened next was as depressing as it was frustrating. With the clock showing 95.30, Charles’ low cross from the left was converted by Renee from close range, leaving Town players, management and supporters all tearing their hair out.

On Saturday we have a chance to pick ourselves back up  when we host Merstham at our special club day to celebrate 10 years since moving to QEII, hopefully in front of a bumper crowd.