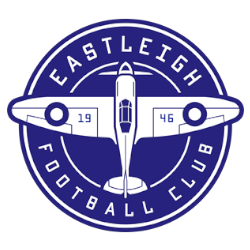 It’s hard enough being drawn away from home against a fully professional side two divisions higher. But when your squad is suddenly decimated, the task becomes virtually impossible.

So it was on Saturday when Town lost a swathe of  regular starters to Covid on the morning of the FA Trophy third round tie at Eastleigh.

Add to that the one-match suspension of Manny Maja and the fact that we had only two players on the bench eligible to play and you get some idea of the nightmare scenario the management team faced on the trip to Hampshire.

To their credit, despite one or two playing out of position, the team battled hard, kept their shape and were well in the game at 1-0 down. But once the second Eastleigh goal went in on the stroke on halftime, any chance of a recovery flew out the window.

Some of our defending could – perhaps should –  have been cleverer. For much of the game, Mo Faal was having to track back, nullifying his goal threat.

But in the end, we can have no complaints as our run in the competition came to an end against a quicker, stronger, physically superior team who didn’t really give us a sniff of a goal or any worthwhile possession and wore us down.

Former Southampton midfielder Jake Hesketh stole the show with a sublime hat-trick (and hit the woodwork twice) as the Spitfires took charge from the off, unlike the FA Cup meeting with Folkestone earlier in the season when our playoff rivals so nearly caused a huge upset .

Eastleigh were almost ahead within two minutes through Tyrone Barnett and further penalty area scrambles came and went in the opening period.

Just as we showed signs of settling into the game, we fell behind on 37 minutes as Hesketh fired home off the post with fantastic technique.

Being robbed of possession against full-time professionals is a dangerous game and it wasn’t long before Eastleigh doubled their lead, this time through advancing full-back Josh Hare who smashed the ball home with the help of a deflection off Sam Youngs.

Three minutes after the break it was game over as Ryan Hill fed Hesketh who carried the ball forward and finished in the corner.

Only now did we look like getting on the scoresheet as both Youngs and Faal fired off shots that either missed the target or were too soft.

The fourth goal, and arguably the best, came on 70 minutes when a well-worked corner was played across our box for Andrew Boyce to unleash a magnificent volley.

In truth, Nathan McDonald couldn’t do anything about any of the goals and the fifth came on 81 minutes as Hesketh finished off some terrific interplay.

It could have ben worse as Hesketh and Harry Pritchard both rattled the woodwork in the final stages.

Whilst we were bruised and battered at the finish there is no doubt that mitigating circumstances played a considerable part.

Special mention has to go to our travelling fans who kept up a relentless noise and outsung the home supporters in the 877 crowd from start to finish. They were a credit to the club and were praised by a number of Eastleigh officials.

“A challenging day was made more difficult when circumstances conspired against us with a number of positive Covid tests in the camp on Friday and Saturday  morning,” said Andy Leese afterwards.

“It may not have affected the outcome of the game but it certainly affected the preparation as we had to select another team to the one we worked on all week.”

“We conceded goals at poor times especially the second and third. We never really kept hold of the ball long enough to fashion any decent opportunities and didn’t give our fantastic support much to shout about.”

“We can get back to the league campaign provided we have enough fit and healthy players to train this week. Thanks to everyone who travelled to support us. Please stay behind the team as we look to make this a memorable season.”

Whilst it was a disappointing end to the Trophy run, the league comes first and now we prepare – Covid regulations permitting — for the eagerly awaited derby at playoff rivals Cheshunt on Dec 27 before an eye-watering nine scheduled games in January.