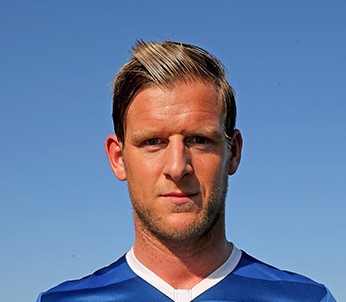 Experienced striker Adam Cunnington has signed forms for the club, and all the necessary clearances have taken place for him to be eligible for our Buildbase FA Trophy 1st round home tie against Maldon & Tiptree on Wednesday (9th December, 7.45pm).

In more recent seasons, following spells at clubs including Barwell, Solihull Moors and Kettering Town, he has enjoyed Conference experience at Tamworth and Cambridge United, Ebbsfleet and Bromley. He has also made EFL appearances for Dagenham & Redbridge as well as Cambridge.

He enjoyed the best part of three seasons at Billericay Town, and most recently wore the colours of both Hornchurch and Cheshunt. Enfield Town manager Andy Leese said “Adam is a player we have tried to sign on a number of occasions. With Shaun Okojie out injured, we felt we needed to bolster our attacking options.

“He’s already won the Isthmian Premier Division and will bring some more experience to the group. He’s played alongside Billy Bricknell before, he’s a good character and is keen to settle after a disrupted few months”.