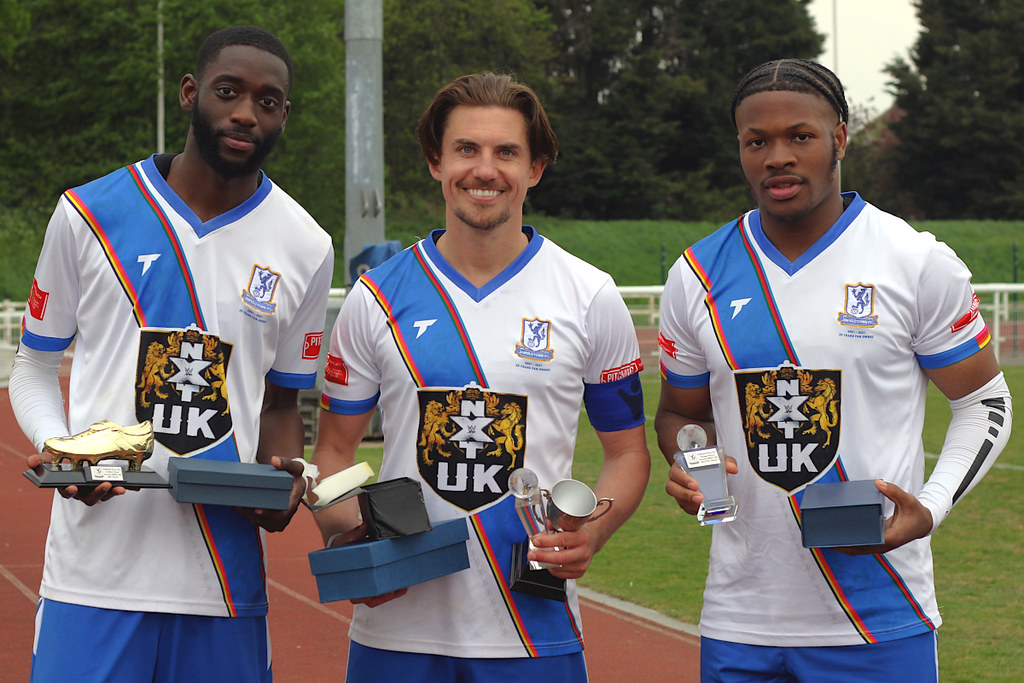 Sam Youngs has won the supporters’ player of the season award and was presented with his trophy on the pitch immediately following our 1-0 win over Bognor on Saturday.

In all there were seven awards,  the club person of the year accolade going to  Glen Hosford for his tireless work on the pitch, supporting Dave Farenden through all weathers.

Congratulations to each and every  winner for their invaluable contribution to a terrific season.