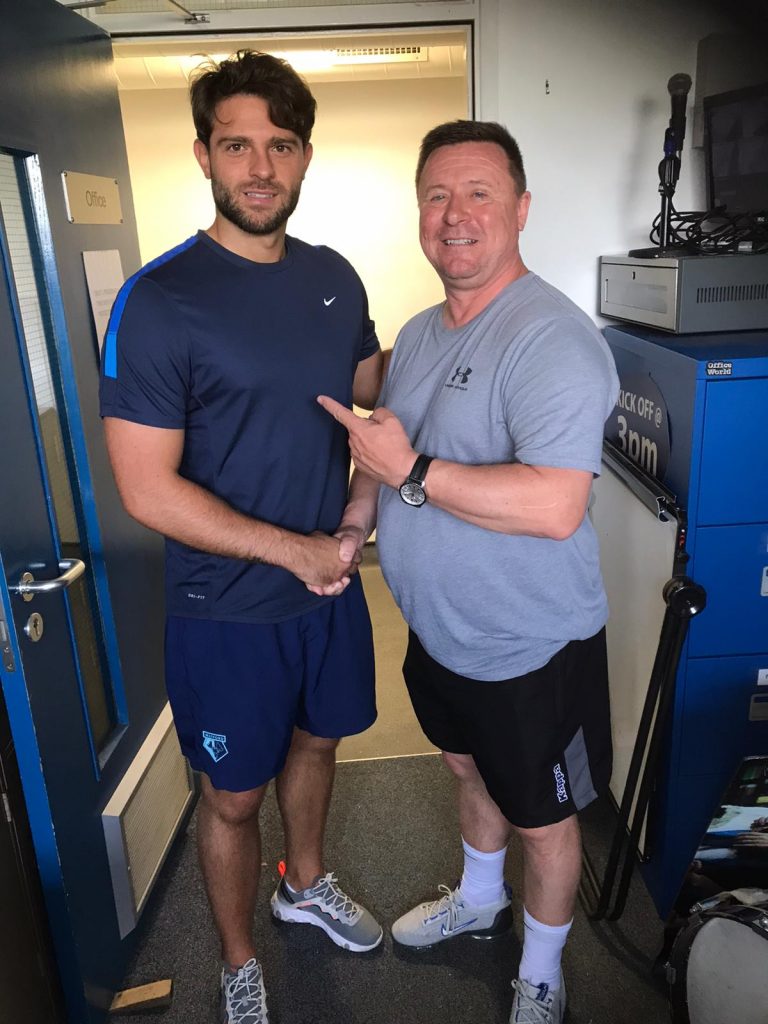 Three defensive reinforcements to bring you; with one retained and two new signings who you may have seen in recent pre-season action.

Firstly, versatile defender Josh McLeod-Urquhart – gradually back on the road towards recovery – has signed on for the 2022-23 campaign. He started last season well with three wins and two clean sheets before a season-ending injury at the end of August. He will be looking to add to his 27 appearances and three goals for the club once fully fit again. Welcome back, Josh (pictured with Andy Leese)

We also welcome two defensive additions to the club in Wynford Marfo and Dequane Wilson-Braithwaite. Dequane spent time with Carshalton Athletic and Potters Bar last season, and has also turned out for Welling Town and Maldon & Tiptree. Right-sided defender Wynford was a regular in Leyton Orient’s Under-18s side before most recently representing St Neots Town.

Andy Leese commented on the two: “Both are really good lads; good characters; good pedigree. Both have been with professional clubs: Dequane’s been at Spurs and then Luton, and Wynford’s been at [Leyton] Orient. They’ve come out of the professional game and into non-league clubs – they were at St Neots last year together, for example – but they’ve been very impressive. They’re disciplined boys, they work extremely hard, and they’ve come in and really impressed us with their ability and versatility. Thanks to Mark Salton at 12 Mountains Agency for helping get them in.”