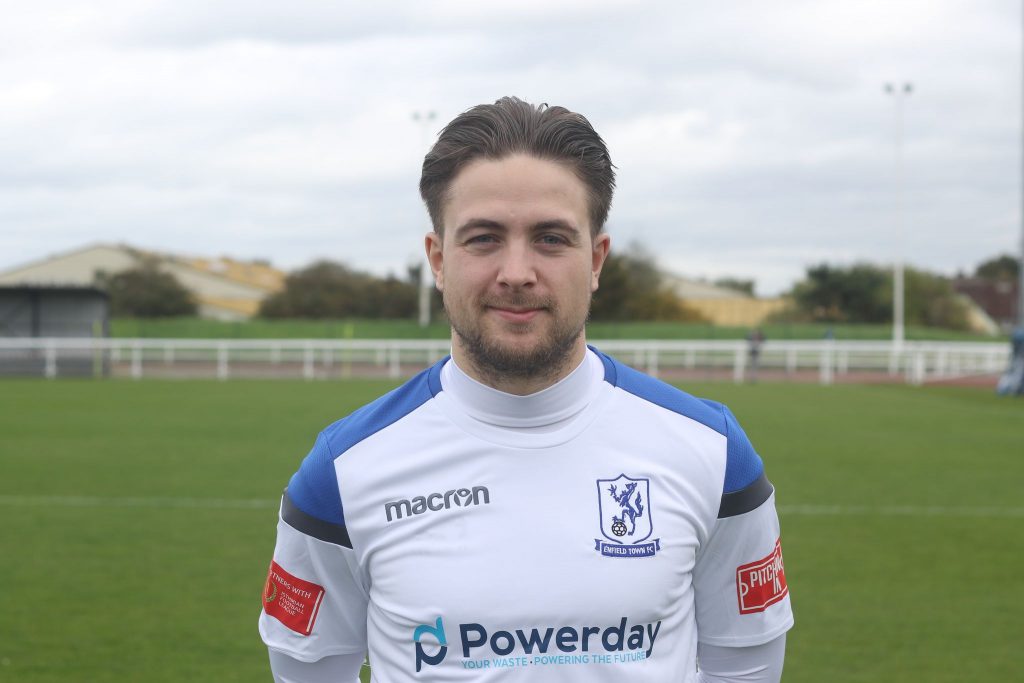 In an open encounter, with Town again fielding a mixture of available regulars and newcomers, a hat-trick from the unlikely source of Lewis Taaffe saw the Town home after being matched for more than an hour by their hosts.

Town succeeded in getting their noses in front after only four minutes when Lyle Della Verde’s 30-yard free kick deflected off a home defender, leaving the Ware keeper wrong footed, frustrated, and standing by the wrong post.

Ware gained the upper hand for a while, stretching the Town defence on the flanks but only managed shots off target. For Town, Marcus Wyllie had a shot well saved, and Ware’s keeper did well to cut out a number of dangerous crosses, before the home side levelled after 43 minutes, from a penalty that can only be politely described as ‘soft’.  Ex-Towner Sam Chaney sent Nathan McDonald the wrong way from the spot.

The second Town goal arrived after 56 minutes, with Wyllie’s perseverance after his shot was saved resulting in a cut-back to Taaffe and an excellent finish.

The home side were unlucky not to be level again on the hour when McDonald brilliantly tipped a 20-yard first timer onto the crossbar.

Town eventually made the game safe with two goals in three minutes from a goal-hungry Taaffe, the first a looping far-post header from Wynford Marfo’s cross after 71 minutes; the second a neat lob from the excellent Wyllie’s headed pass.

There was still time for an excellent save from sub keeper Adi Connolly near the end, but by then the Town win was confirmed.