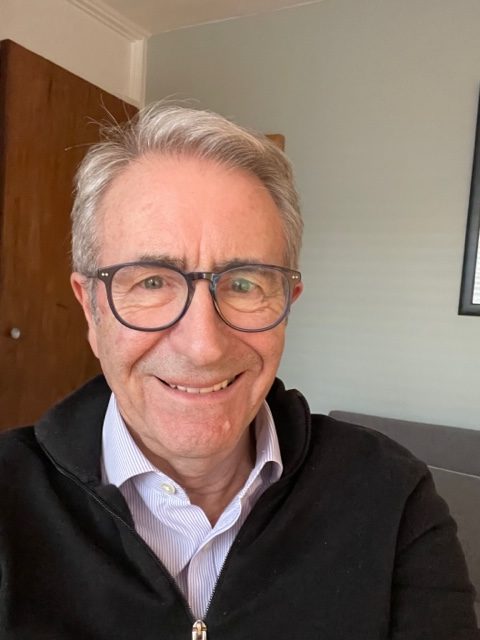 Having the opposition watched before matches is a vital part of a team’s preparations, even at non-league level, and Enfield Town are no exception.

Almost every Saturday, whilst the first team are in action, Howard Cowley – Town’s chief scout in all but official name — is invariably taking a close look at a future opponent before providing manager Andy Leese with all he needs to know about particular strengths and weaknesses.

Few are more qualified to do the job than Howard who has almost half a century of non-league experience  behind him, much of it on the management and coaching side before switching to scouting when, as he put it, “I’d done as much as I wanted but really wanted to stay involved in some way.”

The result was linking up with Andy when he was manager at Chesham United and helping to contribute to the club’s success, not least in the FA Cup.

“When Andy moved to Enfield a few years ago, it was a natural progression to come across with him,” Howard told The Dispatch. “I’m 74 now and although I don’t do every game for Enfield, I’m out almost every Saturday and a lot of Tuesdays. You should see the black book I have with all the details on hundreds of players.”

To give you an example of Howard’s detailed analysis, he watched Hornchurch no fewer three times before their scheduled December fixture with Enfield which ultimately had to be postponed because of the big freeze.

“I always write a report for Andy with a breakdown on each individual player and give my thoughts on how Enfield can best handle them,” Howard explained. “I try and work it out two or three weeks in advance in terms of which team I can catch where.”

It’s a unique insight into just how important the scout is when it comes to a club’s training programme, advance planning, team talk, etc.

“You can’t over-complicate things even if players are intelligent blokes. You have to keep it simple and straightforward,” explained Howard who, like so many people involved in non-league football, does it for pure enjoyment.

“I spend countless hours thinking about what I’m going to write and to be fair to Andy, he pays considerable attention to what I say. I try to get him my reports before a Thursday training session so he can use them to prepare for the Saturday game.”

Sometimes, of course, all the advice in the world doesn’t necessarily work out.

“A game plan can last 90 minutes or 90 seconds. You have to be able to think on your feet. Just because I see a side in action in one game doesn’t necessarily mean they will line up the same way. Luckily some sides have a core of a players who play every week.”

Howard is characteristically modest when it comes to what kind of difference he feels his input makes.

“As a previous manager, I know the best preparation in the world may not always work if the game plan isn’t followed, or if the opposition changes its shape. I can only provide what I’ve seen.”

Hastings is one example of how his scouting report paid dividends. “I watched them twice and thought they were very impressive. Then Enfield went and beat them. Ultimately it’s down to the players on the pitch but in general I’d like to think the information I give Andy helps him prepare fully. My mantra is that I give Andy the best information I can and it’s up to him what he does with it.”

His only regret is that by the very nature of the job, he can’t get to enough of Enfield games.

“It’s useful to watch them because if I know their own strengths and weaknesses, it helps with what I can provide in terms of dealing with the opposition.

“On the other hand, it’s very hard for me to watch Enfield sometimes if they are doing something wrong, bearing in mind I know the opposition inside out. I feel I have to keep away from the dugout, it’s not for me to get involved. But it can be hard emotionally to disassociate myself which of course doesn’t happen when I’m watching the opposition.”