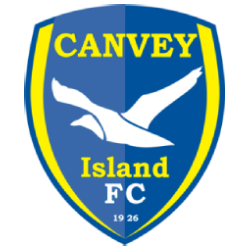 With the winners receiving £2,250 in prize money, both teams would probably have hoped for an easier draw but this promises to be a fascinating cup tie.

Canvey were promoted via the play offs to the Isthmian Premier Division last season.

Their opening fixture was a 1-3 home defeat to Horsham but since then they have won 5-1 at Brightlingsea, lost 0-1 at Cray Wanderers, beat Hornchurch 2-1 at home and most recently drawn 1-1 at Bowers and Pitsea.

These results suggest Canvey will more than hold their own in the Isthmian Premier and may even be one of perhaps a dozen teams who could challenge for a play off spot.

If a replay is necessary it will be at the QEII Stadium on Tuesday 6 September.