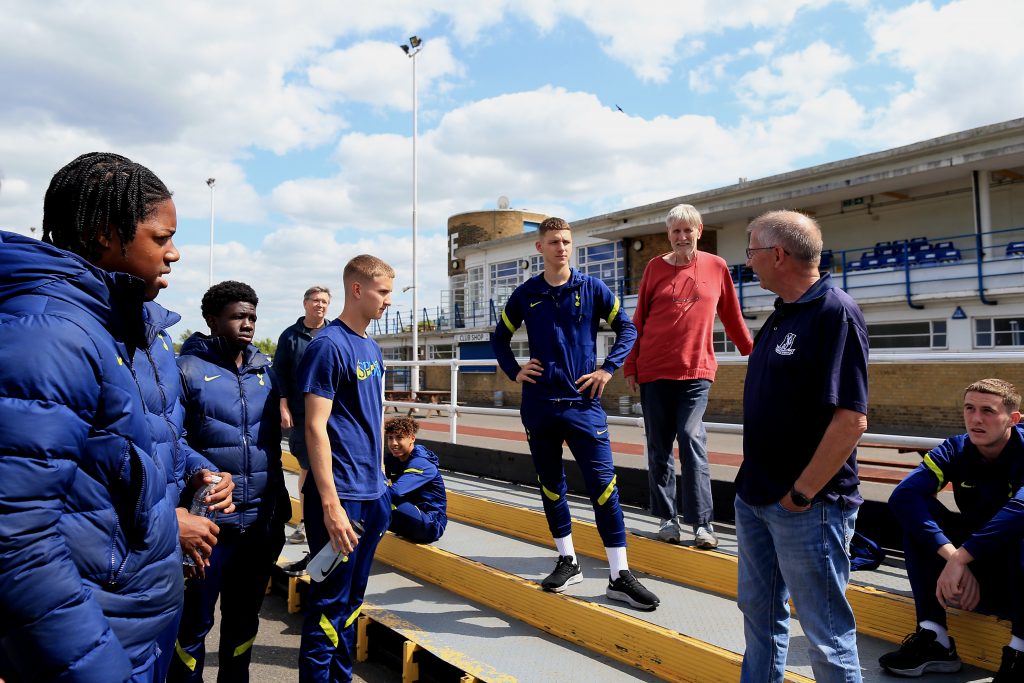 The club continue to get the QEII ready for the eagerly awaited start of the season. Back in May we were joined by first-year players from Spurs Academy.  The under 18s teamed up with our band of volunteers to help out with a range of jobs, from sweeping the terraces to weeding.

After meeting volunteers and getting to grips with a range of jobs across the stadium site, the players met with Vice-Chairman Paul Millington and his team to learn more about the important role the community plays in supporting grassroots football.

Speaking after meeting the players, Paul Millington, Vice-Chairman of Enfield Town FC, said: “It was fantastic to welcome the boys to Enfield Town FC and great to see them getting stuck into their jobs with such enthusiasm.

“Clubs like ours depend on the incredible support we’re lucky to receive from a committed band of volunteers within the community. It was great to show the boys first-hand the work that goes into running a Club at this level.”

Anton Blackwood, Senior International Football Development Manager at Tottenham Hotspur, said: “The boys were a credit to the Club and showed a huge amount of willingness to help out and work together with volunteers.

“We have long been a Club embedded within our community – both in Tottenham and Enfield – and it was brilliant to see the players enjoy playing an active and important role in the local area”.

Our thanks to Spurs and we look forward to welcoming them to the QEII again soon.

(picture produced with the permission of THFC)