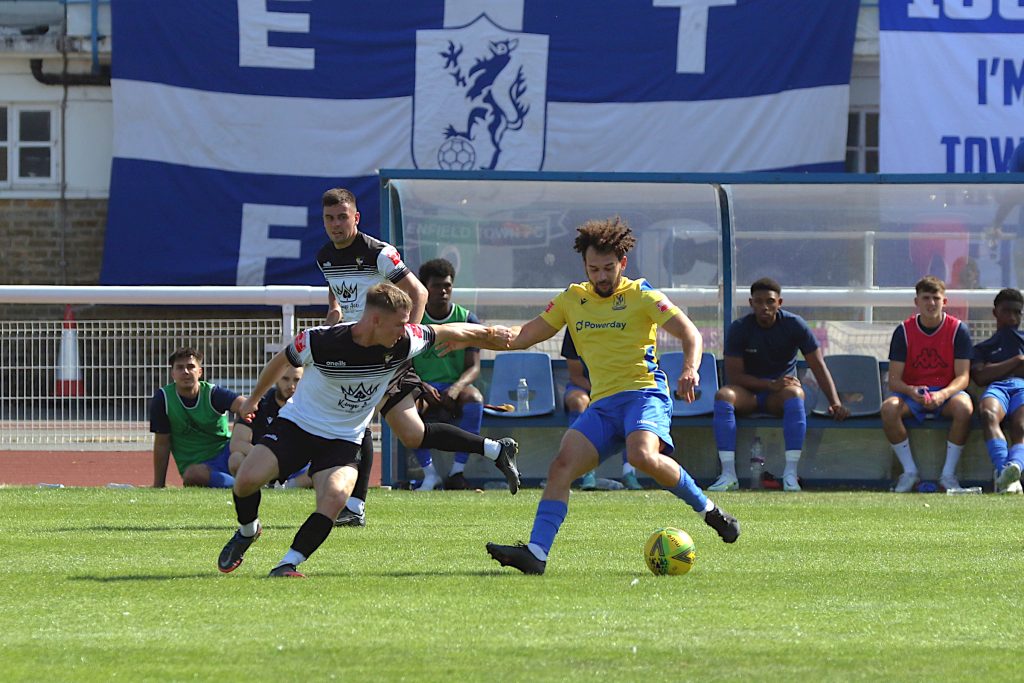 The stifling heat resulted in a slow-paced game that will undoubtedly bear little resemblance to next Saturday’s opening league fixture against Folkestone, although Town’s overall performance was encouragingly efficient.

Neither side succeeded in troubling the goalkeepers in the opening half hour, although Lewis Taaffe shot narrowly over, and Marcus Wyllie missed inexplicably from five yards after being set up by Ryan Kirwan.

The first on-target efforts came from the visitors, both being dealt with well by Nathan McDonald, but Town got their noses in front after 41 minutes, with Lyle Della Verde curling a trademark sublime freekick past visiting keeper Craig Hill.

The second half continued in similar soporific vein, not helped by the inevitable procession of substitutions. Taaffe had a shot well saved after being set up by Wyllie, and Della Verde shot narrowly over before Town scored a second after 79 minutes. Once again the assist came from the industrious Wyllie, his pass being converted by a triallist from close range.