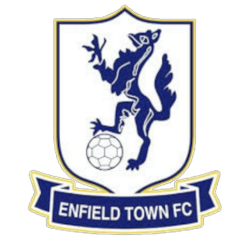 I hope you are all enjoying the summer and are slowly getting over the disappointment of our play-off defeat?!

The board and management team are fully focussed on the new season ahead and are working hard to provide the best budget and playing squad for the new campaign. The management staff of Andy, Mario, Ian, Jake & John are all committed to another year and are determined to build on the improvement that we saw last season.

On the playing front, as a club we don’t operate with too many contracts so we have to wait until league registration forms are issued before “signing” and announcing players.  I appreciate that there is always a thirst for information at this time of year, but please be patient with us. Our trial matches start this weekend and pre-season training commences at the end of next week, it’s at this point that you will start to see announcements of players re-signing or joining the club.

All of last season’s squad were invited to return for pre-season, but as happens every year, some players decide that their futures belong elsewhere. As such, we have already seen two players announce moves to other clubs – Jerry Gyebi has decided to try his luck higher up the pyramid and Harold Joseph has accepted an offer from Cray Wanderers. Both players have been a credit to the club and we wish them well with their new endeavours.

We expect that another two or three of last season’s squad may also move on, however we have a number of exciting new additions who we are talking to and hope to be able to talk more about these in the coming weeks.

The pre-season schedule has been published and gives us a good mix of games to prepare for the 2022/3 term – We expect the league fixture to be announced towards the middle of next month.

Season tickets and friendly match tickets are now available to purchase online –  https://enfieldtownfc.ktckts.com/ . The Go To Town monthly scheme will continue and we will be in touch with packages in the coming week. All ticket and package prices have been frozen for 2022/3 and we look forward to seeing you all back at the QES very soon.