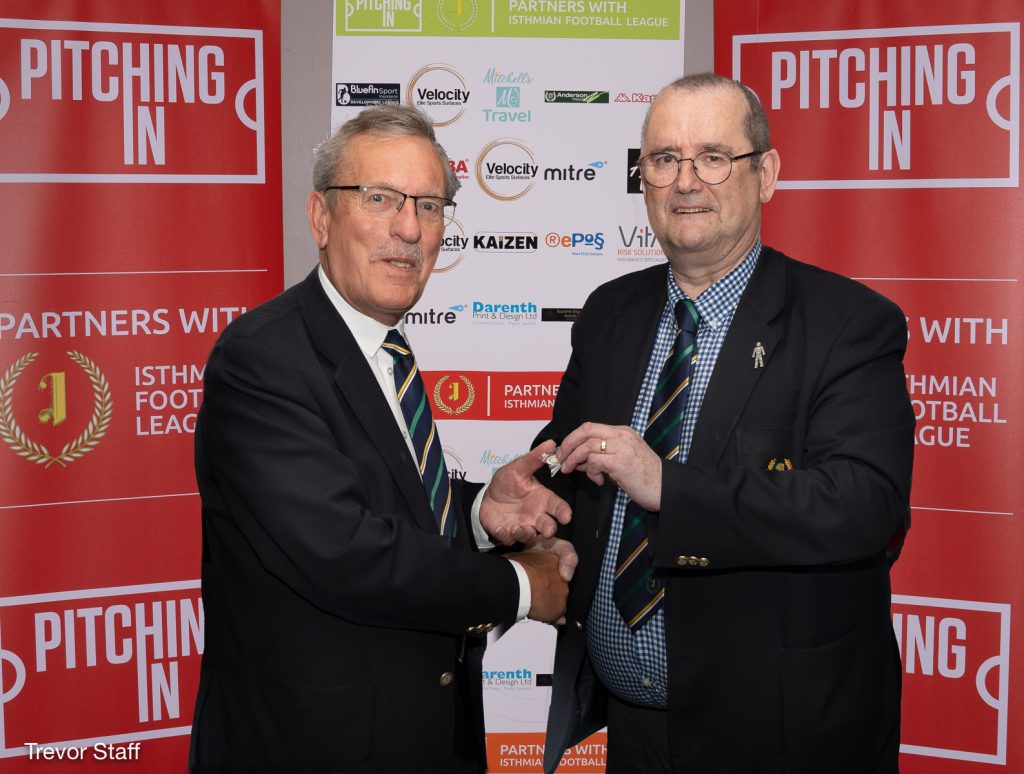 Roger has just been made a Life Member of the Isthmian League, an incredibly rare accolade awarded at last Saturday’s AGM in Brighton when Roger stepped down as a board member after acquiring almost legendary status.

The announcement, in front of scores of Isthmian League clubs who gave Roger (pictured with Isthmian League chairman Nick Robinson) a rousing ovation, means he is one of only two life members currently living.

In the entire history of the league, founded in 1905, only small group of officials have ever been made Life Members – including none other than the late chairman of the Football Association and ex-Fifa president Sir Stanley Rous.

“I had no idea about the award,” said Roger who, at 75, has decided to call time on his invaluable work on the Isthmian League board where he was primarily responsible for maintaining standards through ground grading.

“I thought they would do something for me but not that. I was bowled over by it. To be honest, it’s still sinking in. I’m immensely proud.”

“I never dreamed for 10 seconds that I’d end up a Life Member of the League. I just did what I did because I had the knowledge and the time.”

“One of the things I enjoyed most was giving advice to clubs on how to improve their facilities in the most cost-effective way.”

Now retired, will he miss it? “Yes and no,” says Roger. “I must have visited literally hundreds of clubs. I decided to retire because of my age. I don’t quite have the energy any more to drive all those long distances. But I’ll miss being on the inside track, if you like. However, now I can relax and do other things. And of course I’ll still be coming to watch The Town as often as I can.”