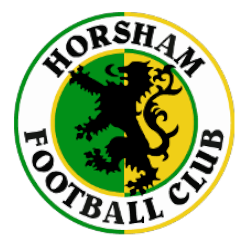 Five league games to go, three home, two away, starting with entertaining Horsham on Saturday which, if recent encounters between the sides are anything to go by, could be a goalfest.

Our record against the Hornets in recent meetings may be somewhat iffy but we recorded a 4-3 win at the Camping World Community Stadium in the corresponding fixture in January with goals from Sam Youngs, Lyle Della-Verde, Mo Faal and Jake Cass.

Horsham are currently 13th in the table with 42 points from 36 games but on their day are a dangerous proposition as Tuesday’s 3-2 win over  Folkestone Invicta showed.

They are through to the final of the Velocity Trophy having beaten the same opposition  5-0 in the Semi Final.

And earlier this season they reached the first round proper of the FA Cup before going out 0-2 at Carlisle United, having beaten National League Woking 1-0 in the 4th Qualifying Round.

Tickets for tomorrow’s game are available at: