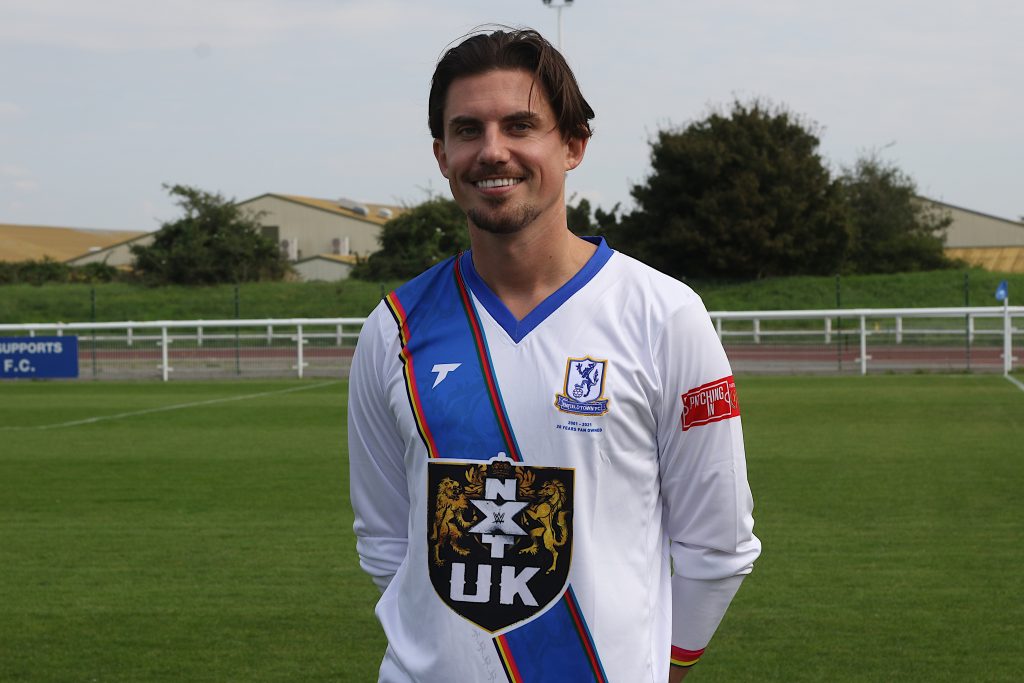 The old adage that football is a cruel game was rarely more applicable than on Monday when we dominated our local rivals but somehow came away with nothing apart from frustration and disappointment as we slipped out of the play-off places for the first time in weeks.

A huge Town following boosted the derby attendance to a bumper 966 but we left to rue a spate of near-misses as well as a series of bizarre decisions by the officials.

On another day we would have won comfortably but were undone by two pieces of clinical finishing by Cheshunt after taking an early lead.

After a pitch inspection allowed the game to go ahead, both teams started without key players through illness and injury, in our case Manny Maja and Andre Coker.

But we were in front after 11 minutes. Adam Cunnington, who tirelessly won challenges all afternoon, saw his header from Lee Chappell’s long throw cleared off the line and when Lee recycled the ball back in, Sam Youngs (pictured) headed home.

Six minutes later, however, Cheshunt were level with, to their credit, a well-worked team goal finished off by Mo Camara.

After a brief respite, it wasn’t long before we wrested back control in terms of chances and possession. Lyle Della-Verde’s shot stung the hands of the Cheshunt keeper, Rian Bray missed a golden opportunity from six yards by heading over and not one but two penalty appeals were turned down, one of them a cast-iron spot-kick for a body check.

Just before the interval, Percy Kiangebeni’s strength took him past three players and he was unlucky to see his resultant shot come back off the post.

The second half began as the first ended as Della-Verde was thwarted by a last-ditch block and Percy curled a shot narrowly wide.

It wasn’t long before we had the ball in the net again, only for the referee to blow for an infringement.

Cheshunt’s defensive bravery often spilled over into ugly fouls, not least on Mo Faal who found himself a marked man most of the afternoon but still posed a worry for the hosts.

We could, maybe should, have done better with a series of wasted freekicks in dangerous positions but it seemed only a matter of time before the pressure told.

Instead on 75 minutes, just as we feared it might be one of those days, the Ambers stole the points. Their main man, Rowan Liburd, had posed little threat beforehand but good strikers only need one chance and when the ball ran loose to him in a swift counter-attack, he burst forward and buried his shot in the corner.

The goal galvanised Cheshunt whilst leaving us shellshocked and unable to create any worthwhile chances to salvage a draw as we tired visibly after such a strong effort.

Having dropped points now against several of our playoff rivals, it leaves us ideally needing a maximum haul over the New Year period against Potters Bar and Cray.

In conclusion, it has to be said that the conduct of a minority of home fans, notably unnecessary foul and abusive language, was disappointing.

“It was a very frustrating afternoon and a game we wouldn’t have lost but for two bits of pace from their forward,” said manager Andy Leese after seeing Cheshunt leapfrog us in the table.

“We controlled the game, had a decent penalty shout in the first half and created plenty but the game is decided in both boxes and they obviously edged that.”

“I was pleased with how we played after the injury and illness issues we have had. We have to look forward now and get back on track if we want to stay in the race at the top. Not many points are covering a host of teams and they will all have to play each other.

“We now have to regroup and reset ourselves for the second half of the season.  If we achieve what we have in the first half, we will be fine but I want us to improve on that.”