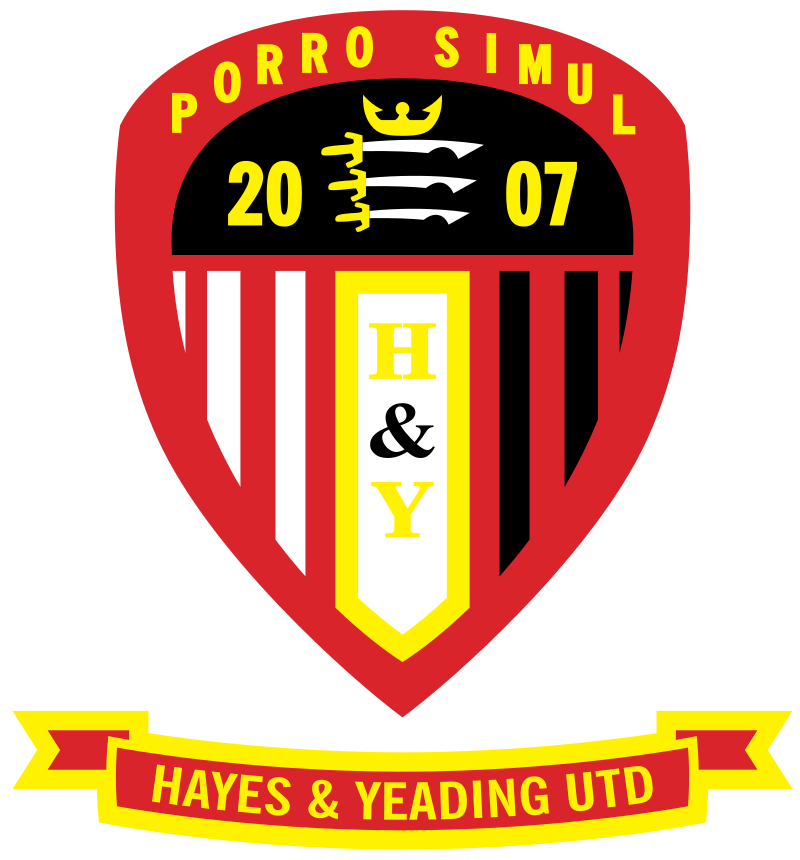 The scoreline may have flattered us somewhat but there were more than a few mitigating circumstances surrounding Saturday’s defeat to fellow Step 3 opponents in our penultimate pre-season friendly, writes Andrew Warshaw

Firstly Hayes and Yeading, who lost in the Southern League Premier Division South  playoff final last term, were a week ahead of us in their preparations, kicking off their league campaign next weekend.

Secondly, they had almost  a full-strength side. Perhaps most importantly of all, we were missing at least EIGHT players who might ultimately be considered members of the first-team squad.

Certainly at one stage it looked as if we might be overrun by a slick, quick-thinking, one-touch-passing H and Y side, reminiscent of that 7-1 drubbing almost exactly a year ago.

Yet it must be emphasised we are still a work in progress and one could only feel for the management team in terms of planning with so many key players absent for one reason or another.

However superior H and Y were for long stretches, there were definitively positives to take away from the game, not least another eye-catching performance from young Marcus Wyllie who is surely getting ever-closer to playing his way into consideration for a starting spot on Aug 13.

Hayes were quickly out of the blocks and twice came close in the opening couple of minutes though Town, too, could have gone ahead had Bilal Sayoud produced a stronger shot when rounding the keeper.

The deadlock was broken on 16 minutes when Keano Robinson’s 20-yard strike was hit so powerfully, Nathan McDonald could hardly react.

A great block by Juevan Spencer, who again looked to be an excellent signing, prevented a second goal while at the other end Lewis Taaffe was through on goal but lost his footing at the vital time.

The hosts doubled their lead on 25 minutes when Cole Brown took advantage of defensive hesitancy and curled a sublime effort  into the far corner.

Town then survived no fewer than three more gilt-edged H and Y chances before the break including a Mo Bettamer freekick that  smashed through the wall and almost pole-axed McDonald who somehow managed to stand firm.

Both sides made a flurry of halftime changes but it wasn’t long, despite us switching formation, before our hosts made the game safe, Robinson curling another unstoppable effort beyond McDonald for 3-0.

Whilst it might be argued that H and Y took their foot of the gas, Town commendably never gave up and finished the stronger. On 79 minutes,  Wyllie superbly held off his marker to reduce the deficit with a composed finish.

Appeals for a H and Y penalty were waved away before, six minutes from time, Wyllie turned provider for Bruno Tavares to slot home.

“A good workout against very strong opposition who begin their league campaign in a week but frustrating that we don’t have anything like the squad we will have available in two weeks,” was Andy Leese’s assessment.

“Some good performances across the group we had available, and a chance to familiarise some combinations but still lots of work two do before we start in two weeks.”