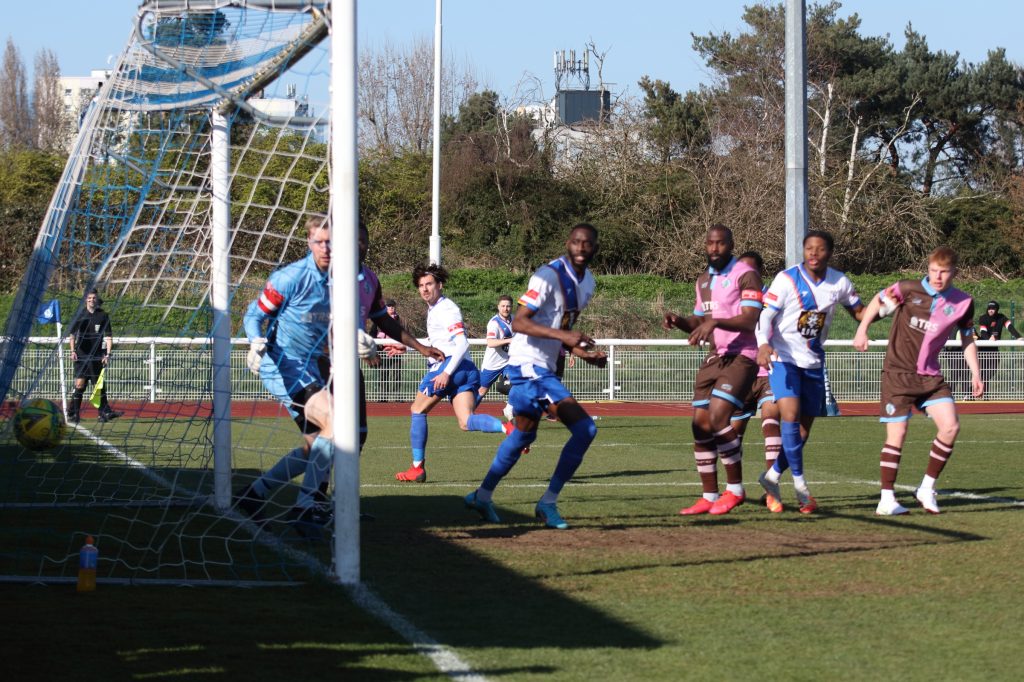 Whisper it quietly, with seven games to go we are getting ever closer to ensuring a playoff spot and achieving the goal we set as a club at the start of the season.

It may be a cliché but at the business end of the campaign it’s not necessarily about being pretty, rather about racking up the points, no matter how you get them.

So it was on Saturday when we should probably have killed the game when leading reasonably comfortably. But no team in this division just lies down and Casuals were no different, running us close just as they have done with other leading contenders.

With Folkestone well beaten at home, we are now in third spot. The top five seem to be pulling away and there is no doubt we are handily placed.

But there is no room for complacency because we are not there yet. The likes of Lewes and Cheshunt are very much still in the mix.

We want to finish as high as we can to try and ensure a home draw in the playoffs. All of which makes for a nail-biting run-in.

Against opponents missing no fewer than eight players, we were unchanged from the win against Hornchurch and got off to the perfect start with the strong wind behind us,  Adam Cunnington converting with a sweet volley from Lewis Taaffe’s fourth-minute corner.

Not much happened from then on until we doubled our lead. Sam Youngs was brought down inside the box and Mo sent the keeper the wrong way from the spot.

Sam himself then narrowly missed the target with a neat shot and turn while Manny Maja fired over and although Casuals started to have more of the ball, we seemed in control.

Right at the start of the second period Mo broke clear down the left, only for keeper Daniel Bracken to grab the ball off his feet. But 2-0, they say, is a dangerous scoreline and Casuals, now playing with the wind, were suddenly a different proposition, showing more purpose and intent.

A deep freekick into the box almost caught us napping at the far post before Lee Chappell stooped low to clear the next effort off the line. But it was third time lucky for the visitors as Scott Thomas bundled over Misha Djamili and Kieron Cadogan drilled the penalty into the corner to halve the deficit.

Just as momentum switched and we had difficulty clearing our lines, so Town had a glorious opportunity to restore their two-goal advantage with eight minutes to go.

But in a game of three spotkicks, this one was missed as Mo drove his shot wide after being hauled down by Bracken as he raced through on goal.

It could have proved costly but fortunately we held on to grind out a third straight win.

“I was pleased with the first half and how we set about them,” said Andy Leese. “No matter who you play, the opposition are always going to have a spell. I’m not pointing the finger at Mo but the second penalty could have been a lifesaver and would have put the game to bed.”

“There are no easy games in this league. Nearly everyone has got something to play for.The conditions meant it wasn’t going to be a pretty game – we’ll take the points and move on to Tuesday against Leatherhead.”