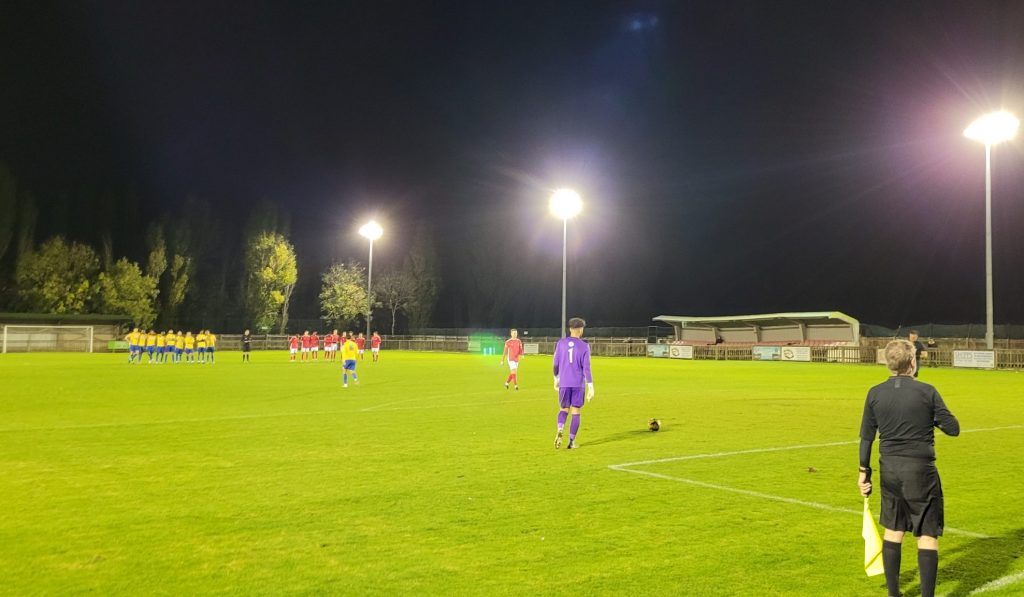 Well it wasn’t pretty at times, but Enfield Town squeezed into the third round of the Middlesex Senior Cup with a penalty shoot-out victory over Step 4 Uxbridge on Tuesday.

In truth, though, a lifeless second half performance saw Town come within two minutes of an embarrassing defeat to a second string Uxbridge side and were only rescued by yet another superb free kick goal from Andre Coker. Town controlled much of the first half with new signing Hamilton Antonio looking a useful addition to the midfield. The home side’s only shot of note was a snap shot that kissed the outside of Adi Connolly’s post on the half hour. By then Town were a goal up courtesy of a howler from home keeper Matty Bonnett, who managed to punch Lyle Della-Verde’s corner into his own net after 20 minutes.

The second half saw the home side enjoy long periods of possession in midfield, though their efforts on goal were all from distance and off target. Town managed a couple of off-target efforts too, though the closest they came to scoring was from a Della-Verde cross that was parried out for a corner by a startled Bonnett. Uxbridge were slowly taking control, and two quick-fire goals from Gareth Chendlik (79) and Presley Evans (85) looked to have sent Town to a highly embarrassing defeat. However, Town suddenly flicked the ‘on’ switch, forcing a string of corners and free kicks, and it was from one of the latter that they levelled two minutes from time. The kick was, once again, in ‘Lyle’s Office’ but he had already been substituted, so up stepped Andre Coker to curl a perfect shot to Bonnett’s left. Phew.

The shoot-out was a tale of 13 perfect penalties and one disaster for the home side. For the record, Town’s seven successful kicks came from Youngs, Taaffe, Cass, Dayton, Coker, Payne and Hercules. Home right-back Maurice Nugent then stepped up to take Uxbridge’s seventh, and fired his kick into the car park to see Town through to the next round.