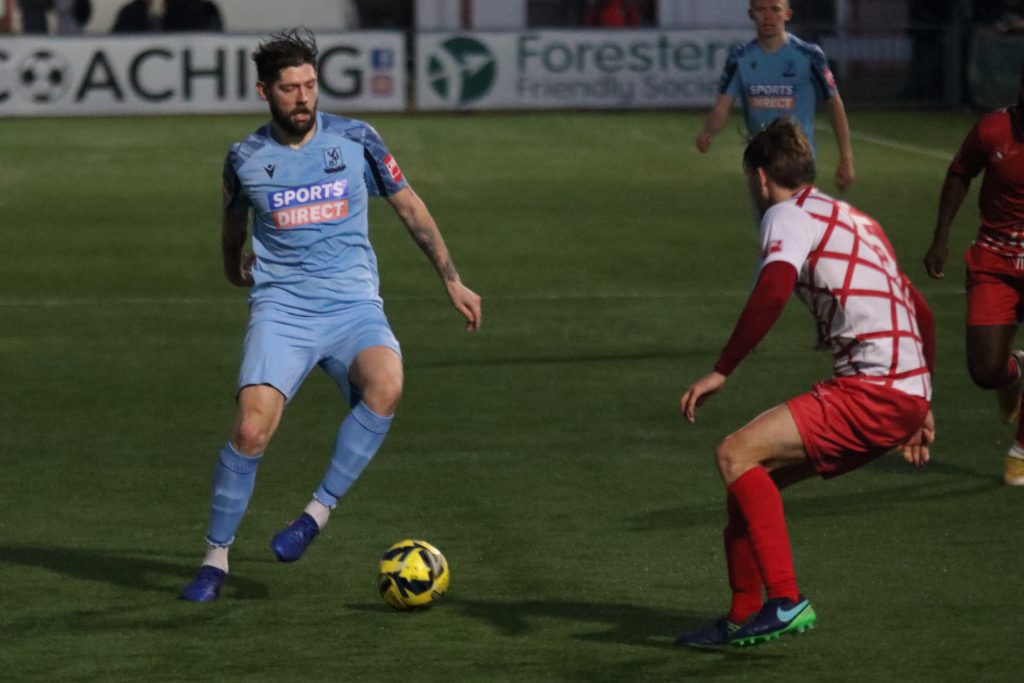 In recent years more and more professional footballers have made the switch to television and radio on their retirement from the game.

Now Enfield Town has its own would-be Gary Lineker in the form of new signing Anthony Wordsworth (pictured left).

Late last month Anthony graduated with a first in sports journalism from Staffordshire University after a three-year course, mainly on-line, which he combined with playing in the lower leagues of the professional game.

Anthony started out at Colchester United, before embarking on a career which has taken him to the likes of Ipswich Town, Southend United, and AFC Wimbledon.

He has also represented Barnet, League of Ireland side Waterford and, briefly, Cheshunt, and brings a wealth of experience to Enfield as the club embarks on a busy December schedule ahead of the second half of season.

Anthony was able to complete his degree thanks to financial assistance from the Professional Footballers Association which funded a large chunk of the course.

“I’ve always been interested in journalism,” Anthony explained. “It’s something I’d really like to do after football.”

“When I was at Wimbledon, I became really friendly with the media team there. I probably spent more time in their office than I did hanging around with the lads. I used to come up with ideas and they encouraged me to get into it when I stopped playing. I’d ultimately like to be a presenter.”

To keep his hand in, Anthony co-commentates for Wimbledon whenever he can, provided it doesn’t clash with his commitments for Enfield.

Despite having represented a plethora of league teams, Anthony – who counts England and Arsenal goalkeeper Aaron Ramsdale as among his best friends — was pleasantly surprised at what he found when he arrived at Enfield, on and off the pitch.

“I’m not just saying this but I can tell you that Enfield Town is a very well run football club,” he says. “I noticed that from the first second I walked into the club. Things like having their own kit man and a physio. Everything is done properly, it’s run like a professional club.”

It helps, of course, that Anthony was already friends with the likes of fellow Town midfielder Sam Youngs and former club favourite Lee Chappell. He also knew current first-team coach Ian Hart from when both were at Southend though he had no intention of joining Enfield until he actually saw the set-up.

“Basically, I just wanted to get fit and asked if I could come in and train. Initially I had no interest in signing but I was so impressed with how things were done that when it was mentioned, I said yes straight away.”

At 33, Anthony, a father-of-four who can play both as an attacking and defensive midfielder, brings invaluable know-how to the club having worked with a string of established coaches such as Mick McCarthy, Paul Lambert and Aidy Boothroyd.

“We’ve got such a good squad at Enfield. The boys are such a good bunch and the coaching staff are superb. To be honest, I don’t see that much difference with the professional game in terms of the level of detail. At this level, I don’t think you can get a better coaching set-up.”

And his hopes for the season?

“That I can bring the experience I had at a higher level. But I also want to win the league. I’m not here for a jolly-up.”